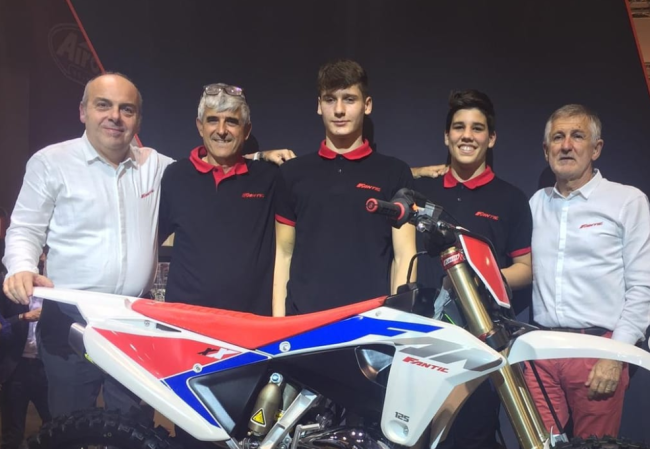 It’s been confirmed that Fantic will be back in the MXGP paddock next year as they’ll run an EMX125 team in 2020.

Andrea Bonacorsi, who’s been at the sharp end in the class the past few years has announced he’s signed a deal to race the Fantic in 2020 with the new team in the paddock.

The Italian has plenty of talent so will hope that he can put the Fantic at the front of the pack.

Bonacorsi spent the season with the Celestini KTM team but will swap his KTM for Fantic’s new racing era.

“I am happy to announce that during the 2020 season I will be racing for @fanticmotor supported by Corrado Maddii. I thank all of those who are making it possible! #onegoal”, Bonacorsi stated on social media.

We have more news and details on Fantic’s return to the Motocross world, we’ll bring you all the details later in the week.