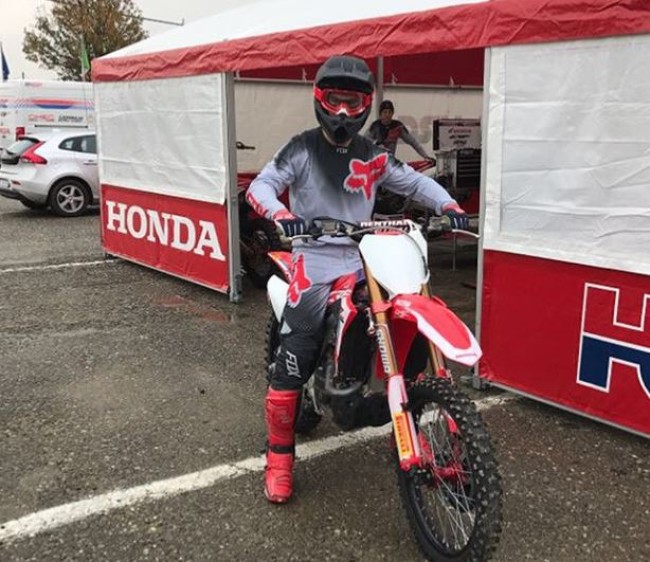 The deal was only official on Monday but Calvin Vlaanderen and Brian Bogers have wasted no time in getting to grips with their new red machines and began testing yesterday in Ottobiano, Italy!

Bogers will step up to MXGP and ride the much acclaimed 450 while Vlaanderen will be adapting to the re-designed 250f Honda – and says he loves it!

Bogers meanwhile also released pictures of himself on the Honda as he gets used to the extra power of the 450 and the full factory support he has behind him during testing.

Bogers and Vlaanderen are getting the full factory treatment at Honda already. Pic: Bogers Instagram

It is exciting times for both riders. Vlaanderen was in great form at the end of last season and is a good capture by Honda if he can stay fit, while Bogers struggled for starts on the 250 last season so the 450 might just be the class that he can show his full potential as he is a bigger guy. And with no pressure this season he has time to get his feet wet in the most competitive class in the motorcycling world!