Bobryshev back in the British championship! 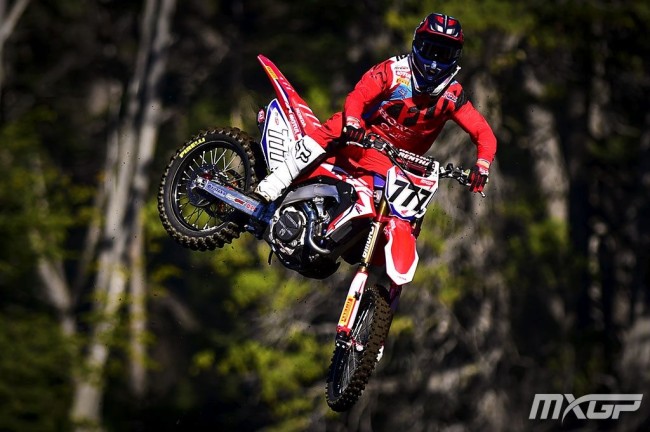 The Russian, our 2010 MX1 champion, has parted company with his HRC Honda team and instead will race for Neil Prince in Lombard Express with SRD Engineering Suzuki UK colours next year.

“I’m excited to be back in England and racing with Neil again and looking forward to it,” he said. “Of course I would like to win the British championship again – a win’s a win so it’s always good and for sure I will go for it.”

Bobby won the title seven years ago racing for the CAS Honda team managed by Prince and the Welshman is looking forward to working with the world #11 – who scored four MXGP moto podiums this year – again.

“I know Bobby personally really well,” said Neil. “I had no plans to do much next year at all but if I can help him get back to where he needs to be…he’s somebody who shouldn’t be sat at home on a couch, he’s somebody who needs to be out there racing.

“We’re just going out to do the best job we can. First thing to do is get him a bike and get him riding – I’ll either be going over to Holland in the next few days or we’ll get him over here and then we can get him started.”

Series Manager Stuart Drummond recognises the importance of having a rider of Bobryshev’s standing racing the Maxxis series.

“Bobby wanting to contest the Maxxis ACU British Motocross Championship underlines the global high regard in which the series is held,” he said. “He won the MX1 title in 2010 and has raced at the front of the MXGP class ever since so he’s got to be considered as a serious title contender next year.”