Bird and Sheridan dominate Desertmartin at the Irish championship 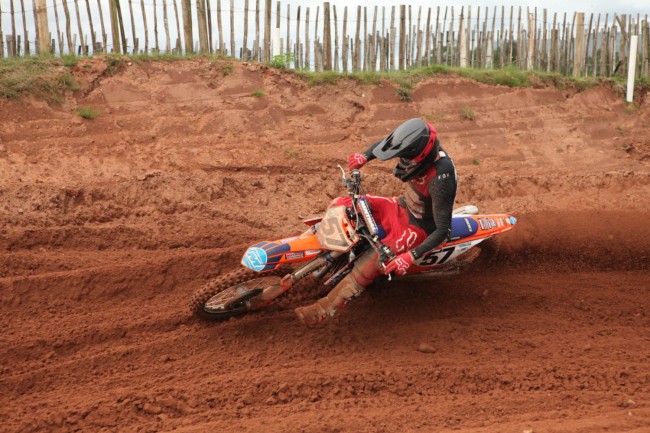 Richard Bird took things up a level at Desertmartin winning all three motos against John Meara to bring himself right back into contention for the Irish title with only one round remaining.

With no Jason Meara, who is focusing on Hawkstone with the Phoenix Tools Kawasaki squad plus an injured James Mackrel and Robert Hamilton, the depth wasn’t what it was earlier in the season but Bird and Meara still set a very quick pass.

Bird won race one but Meara holehost race two in a bid to make amends, only for Bird to strike early and make a move up the inside on lap one and take the lead. From there Meara tried to make the move back to the front but ended up going down handing Bird a ten second lead and ending the battle for the win.

Race two and Meara got away in the lead again but Bird was right there putting the pressure on and, after a few laps, with Meara entering a left hander wide, Bird put it down the inside and they made contact leaving Meara once again on the deck. Bird took an unassailable lead once more to give him a perfect day of three race wins and leaving it all to play at the final round.

In MX2 Jake Sheridan rode away to three uncontested wins in the absence of Glenn McCormick and James Mackrel, although Jordan Keogh kept him working for it in race three, holding the KTM man off for the opening few laps before Sheridan found a way by and pulled away.

Eoin Duffy took two wins in Grade CMX2 but a first turn crash meant he came from last to fifth to secure the overall win in race three as Colin Gordon won all three motos in Grade CMX1.