Bill and Boog in for UKAX! 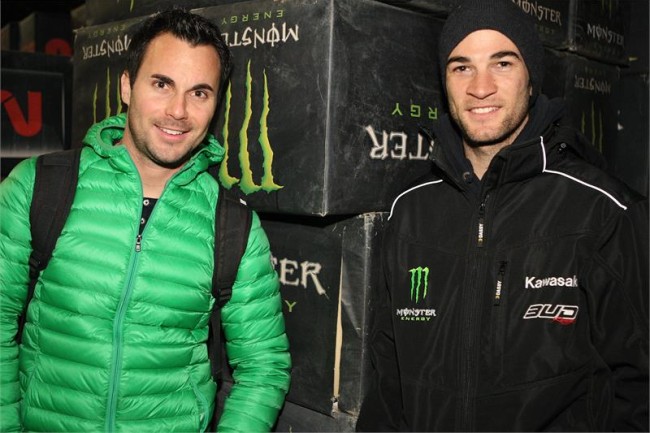 Julien Bill and Xavier Boog – join the Monster Energy Arenacross Tour this weekend and will contest the remaining rounds of the series.

Partnering Brit Jack Brunell in the SJR Kawasaki team, 32-year-old former MX3 motocross champion Bill faces something of a steep learning curve as he tackles Arenacross for the first time and pilots a bike that is completely new to him. Boog, riding with LPE Kawasaki, is also new to Arenacross, but the 27-year-old has spent most of his racing career with Kawasaki and rode with Monster Energy Kawasaki Racing Team at the MXGP at Matterley Basin last year. A back injury side-lined him for a while but he reckons he’s ready for the AX challenge.

Commenting on the new rider line up, Steve James, manager of SJR and LPE Kawasaki; “It will be difficult for both riders as, not only are they coming into the series at the halfway point, but the scale of talent out there on the track is phenomenal. Everyone is on the pace and the series is still wide open. It will be interesting but there is no pressure on them to deliver anything other than to support their team-mates and put on a good race for the Arenacross spectators.”

Further information is available at www.arenacrossuk.com