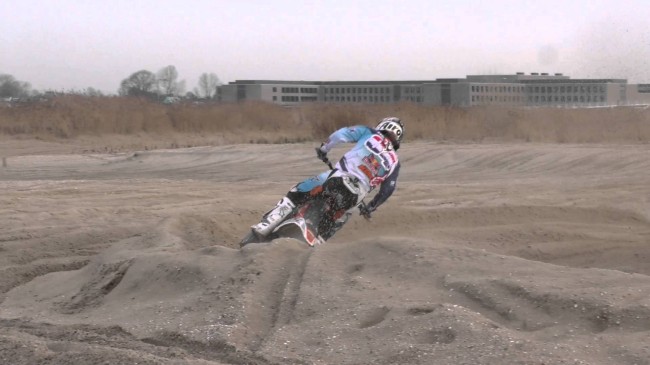 The 125 JWC world champion was fighting to get back into the lead in the second EMX125 race at Lommel when he went down spectacularly!

Facchetti had been leading early in the race before a smaller crash and was eager to get back to the front.

Happily he wasn’t hurt in either incident and would even charge back up to finish third with a last lap pass to make the podium – the kid has a lot of fighting spirit that’s for sure!