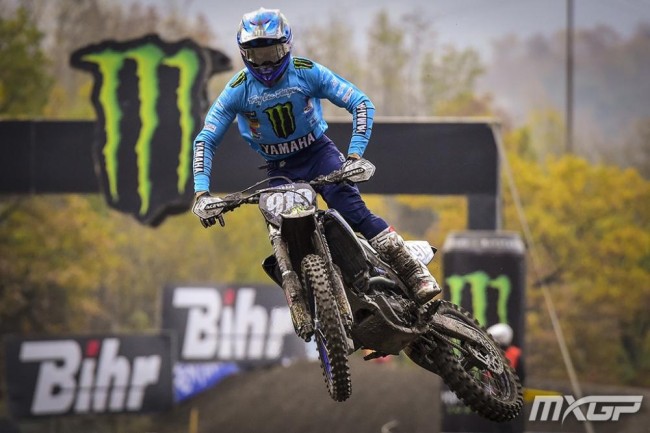 Winner of the last MX2 Grand Prix of 2020, Monster Energy Yamaha’s Ben Watson, has clocked his first laps on factory YZ450FM equipment and already has a feel for the motorcycle that he’ll steer in the premier class as a rookie in 2021. The 23-year old rode for two days immediately after he parked the YZ250F at Pietramurata in Italy with various versions of the Yamaha to gain a reference.

“The first day was a lot of basic things: pegs, levers, tyres, sprockets, then I got some time on the production bike, followed by a machine where we used a production engine with my settings for the triple clamps, seat and factory suspension,” he explained. “I was feeling more comfortable but the engine was still stock. Then went to the general factory spec that the guys had been using for the GP races. So, we had three different bikes and we were doing back-to-back comparisons.”

Watson made a series of ‘exits’ with the goal of orientation. The works team then moved to a different circuit for the second day. “A lot of the first day was getting used to the 450 because I cannot test without some familiarity, so we did quite a lot of laps,” he said. “We had a base with the engine set-up but for the second day I wanted to work with the chassis. We tried some different suspension settings and sprockets and found another base. The goal was that when I come back from my break we have the specs to start work right away. We tried a few different forks and shocks and found something I was comfortable with.”

“Overall I was really, really surprised how easy the 450 was to ride and that was a big thing for me because many people had said I might find it too aggressive and I wouldn’t be able to handle it. I was pleasantly surprised how comfortable it was. The next step is to find an engine spec that really suits me because I was just working on something that was manageable.” 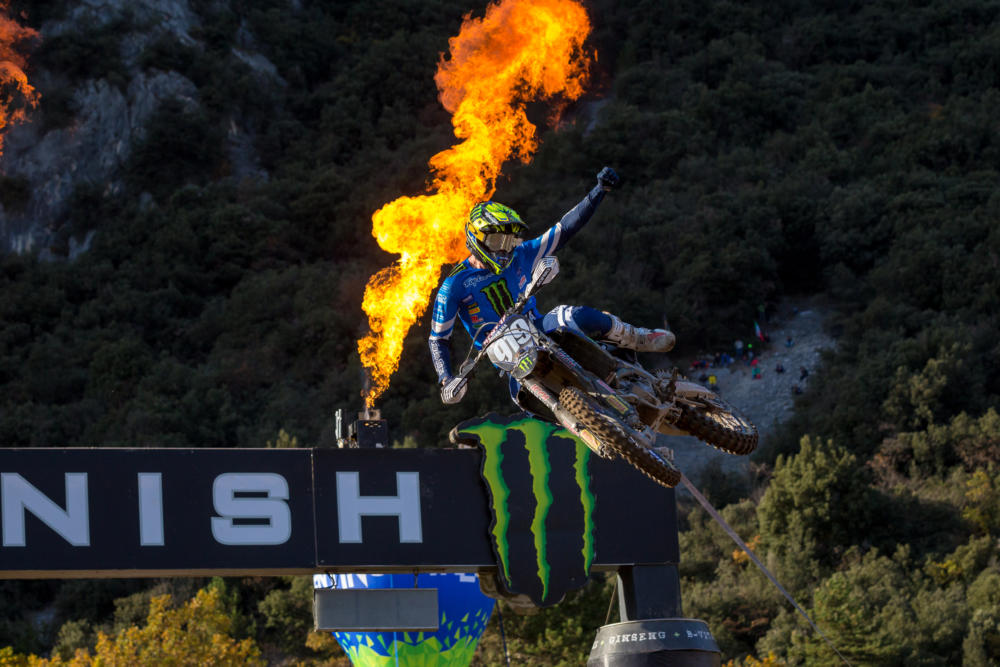 Watson will be Britain’s first factory rider in Yamaha colours since Shaun Simpson joined Michele Rinaldi’s crew as a substitute in 2013. He left MX2 as the in-form racer in the class with five podiums from the last six rounds, including two victories. It was a resounding comeback from the disappointment of 2019 when two injuries largely interrupted his progress.

“I’d been feeling good on the bike all season but sometimes it was not reflecting in my results,” he said of 2020. “So, I was really happy for myself but also for the team and Yamaha [to get those podiums]. Everything was done and laid out on the table for me to produce results like these; as I’m leaving MX2 it’s really nice to give some payback. I’m really happy to have found this step. I know MXGP will be really difficult because there is a stacked class but I also know I will have amazing support and the package around me will have a lot of experience. I just want to get going and give my all.”

Watson will race alongside Jeremy Seewer and Glenn Coldenhoff as part of Louis Vosters’ squad. His place in the Kemea set-up is taken by Maxime Renaux with EMX250 #1 Thibault Benistant also next to Jago Geerts.