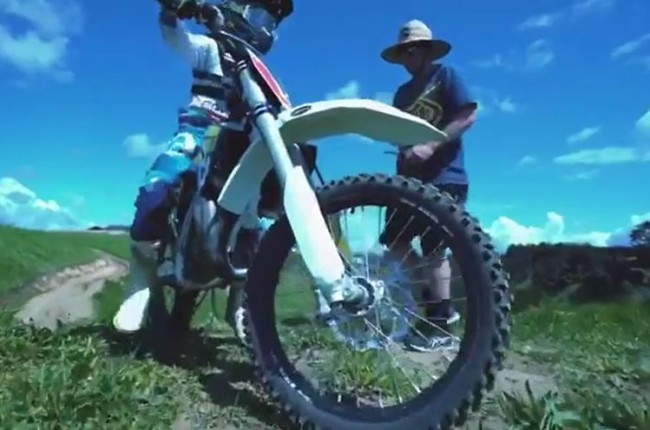 Stefan Everts sent son Liam down to New Zealand a couple of winters ago to learn from his former rival and friend, Ben Townley, in a bid to help the young Belgian improve his skills but also hear a different voice and experience living a different culture.

Looking at the current level of Liam it certainly seemed to have helped and in an interview we did with Townley, the former world champion says he enjoyed helping Liam and seeing his career develop now.

“On the coaching I really enjoyed that time with Liam, he was at a stage that I could really help him develop in some areas of his riding and he is so eager to be successful and really took on board what I advised him,”  said Ben.

“It was really interesting because Stefan wanted him to be racking up hours upon hours while he was here as an off season base and I broke down his technique a lot and made him go over and over 1 corner at a time until he developed the new habit and when he returned home I think Stefan could see the changes. I’m enjoying watching his career develop, I wouldn’t envy his position though when your Father is the greatest rider in the world championship history books and your trying to pave your own path, it must be pretty tough at times.”

After that 2017/18 winter Liam told us of his time with Ben, “he helped me a lot with my corner speed, my technique and my starts. We’ve made such big steps.”

See a clip of Liam in NZ below: