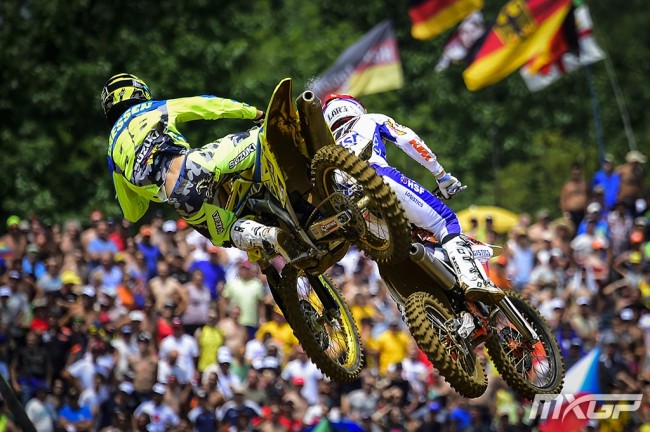 Recently the news broke that Hunter Lawrence will join a new team in the GP paddock for the 2018 season – the 114 Motorsports Honda team that will be run by Livia Lancelot.

It has now been revealed that Bas Vaessen will be the second rider under the awning to take on the MX2 World Championship.

The 2017 season was the Dutch riders rookie year in the MX2 World Championship but unfortunately injuries ruined his first year in the class.

Vaessen will be hoping to stay fully fit for the entire 2018 season and put in some good results in the MX2 World Championship on the new 2018 Honda.

The news was confirmed in a recent press release:

Livia Lancelot: “Everyone in the industry knew that my project was to remain team owner/manager in the future, now another manufacturer is interested in that project and has decided to work with me. My new team will be involved next season with two riders, Hunter Lawrence and Bas Vaessen, who will enter the MX2 World Championship. It’s a kind of challenge to enter the MX2 World Championship with  a new manufacturer, but they are really motivated and I will give 110% on this project, as I did when I was a racer,” she concludes.”