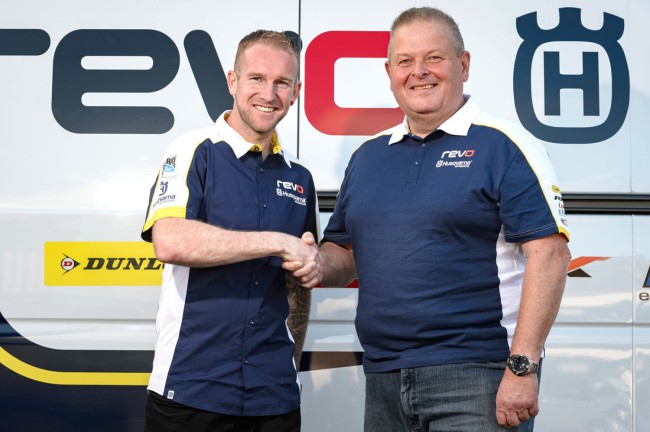 Martin Barr completes the REVO Husqvarna UK line-up for 2018.The 30-year-old Irishman, who fnished second in the 2017 Maxxis ACU Britsh Motocross MX2 Championship, officially signed today at the Internatonal Dirt Bike Show. He joins Mel Pocock, Dylan Woodcock and Ollie Colmer on the Husqvarna UK-backed team.Over the last 15 years Martin has forged a well-deserved reputaton as a top-fight front-runner in domestic motocross and he’s relishing the opportunity to take his talents to a wider stage as he concentrates his eforts on the European EMX 250 series along with the Maxxis ACU Britsh Motocross MX2 Championship.

He’s also the second longest-serving compettor in the FIM Motocross of Natons – the World Cup of MX – having represented his country every year since 2006.

Mark Yates (Team Principal): “Martn’s always consistent and he’s also consistently fast which is precisely what we need for the team. He’s very experienced and is incredibly mature which is a massive asset for us. Mel Pocock’s 25 and has been around the block a few tmes but our new signing Dylan Woodcock’s only 17 and will really beneft from being on the team with Martn. And let’s not forget that he will perform – he’s very, very fast. There are no team orders – I’m confdent that both Martn and Mel are capable of winning the Britsh championship for us.”

Martin Barr: “I’m really looking forward to it. Obviously, I’ve been doing the Britsh championship for a long tme so to get the chance to race the European championship presents me with a new challenge which is very excitng. I can’t wait to jump on the REVO Husqvarna – those guys know how to make a fast bike and this will give me a really good shot at winning the Britsh and European championships. Don’t get me wrong, I know there are going to be a lot of fast kids coming through and I’m going to be the veteran of the class but my fitness is as good as it’s ever been and I have the experience. So there is no reason why I can’t do it.”