Barcia to race Monster Cup – on a Honda! 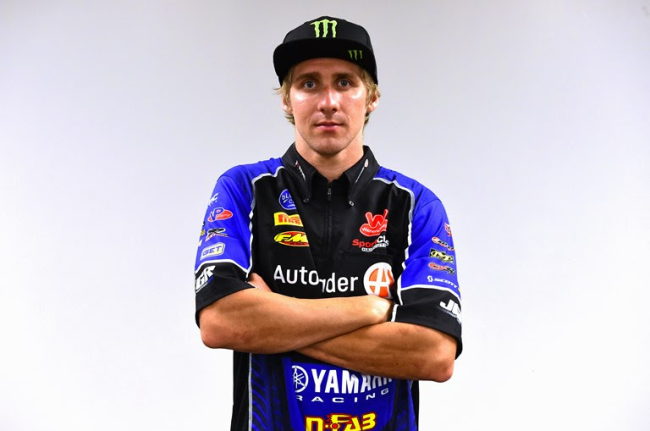 Justin Barcia has announced he will be racing the Monster Energy cup on a Honda – but as a privateer!

The aggressive American had some of his best results on a 450 on the red machine but says he has nothing confirmed for 2018 – although says he has a couple of options he is looking into.

Barcia, who has recently been in the UK, wrote the following on his Instagram:

Hello Everyone, Well I have an option or two that I will be looking into for 2018, but for now I am extremely excited to announce my plans for the Monster Energy Cup. On October 14th I will be riding a privateer Honda. Details are still getting worked out, but so far I am excited and wanted to share the news with the Moto community. I am extremely appreciative and grateful for all the support that is going into this project and I could not do it without these awesome companies & people: Alpinestars Scott Arai Monster Energy Morgantown Powersports for supplying practice bikes Levi Kilbarger/BONZI Tim Bennet TCD Racing for building & prepping the race bike Twisted Development Motors Yoshimura Brian Fleck at Dunlop Feld Motorsports The Home Team of Mom & Dad, Amber & Dr. Steve Navarro for all the hard work, phone calls and behind the scenes hustle. See ya'll soon, JB51