Barcia on off-season bike changes to create A1 success 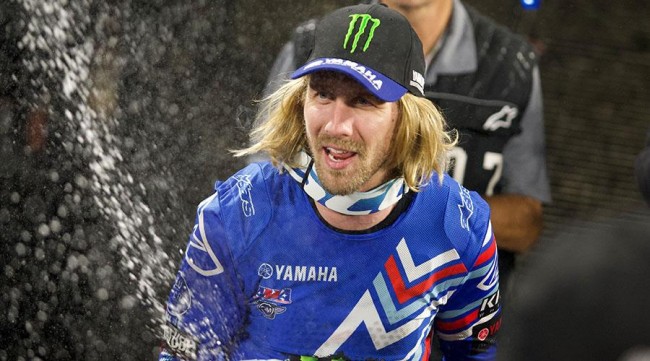 Justin Barcia has revealed how much change went on at Yamaha in order to get him comfortable on the machine ahead of the 2020 season and, with no test rider, Barcia said he did most of the testing himself.

“It was a big off-season.” explained Barcia in a rare candid reveal about the inner working of Yamaha during the off-season and the mistakes of 2019. “A lot of work, a lot of new employees at Yamaha, it was very positive to see. They knew they weren’t in a good place, Cooper (Webb) left and we seen what Cooper did and we went to the drawing board and changed a lot of things this year. We still have a lot of work to do obviously but we reset big time. We got Sergio over there now, he’s been around forever, worked with James Stewart, Ryan Villopoto, you name it he’s worked with them, so me and him bonded really well.

“We don’t have a test rider so I did all the work myself, I’ve never rode so much in my life but really enjoyed it and it showed everything I did, it worked tonight. I rode a lot of different tracks, I raced in Europe and the bike worked pretty good everywhere. I was nervous coming in here for sure, I wasn’t sure what the bike was going to be like. I knew I liked it pretty much everywhere I rode so yeah, it was good here, definitely exciting, good thing to come for sure. 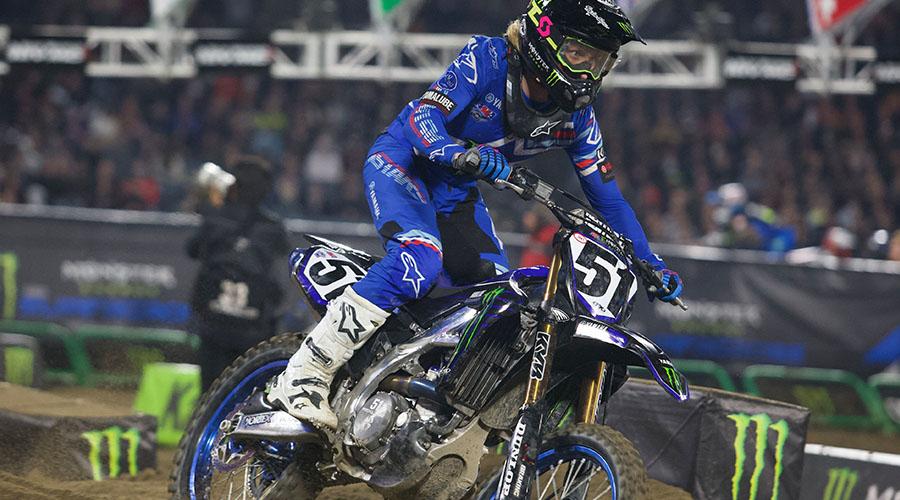 “We don’t get factory parts from Japan,” revealed Barcia. “That’s just not really a thing anymore, at least for Yamaha. We do a lot of in-house things. For the bike, the chassis is a standard set-up, I’m running stock triple clamps. The engine, I requested a lot of things last year and it didn’t happen and this year, when Sergio came in, the things I’d requested, he agreed with me, and it was cool to see that. We got things that I asked for this year, that was a good feeling. the things I asked for worked for me, it was cool to see that and it made me happy. I think it helps a lot, I am becoming a better rider all around. I have learned a lot of things about the motorcycle, I feel like a I have matured a lot, I’m a lot smarter so it’s a good feeling to do your own work (on the bike) for sure.”

With Sergio appearing to be the bridge of confidence between Yamaha and Barcia, it appears everyone is now on the same page and trusting in each other and, most importantly, Barcia appears to trust the bike and himself again. This might be the year a maturing Barcia lives up to the potential he had when he moved up to the premier class with so much hype as a 250 supercross champion.