Barcia: I have no idea what the future holds 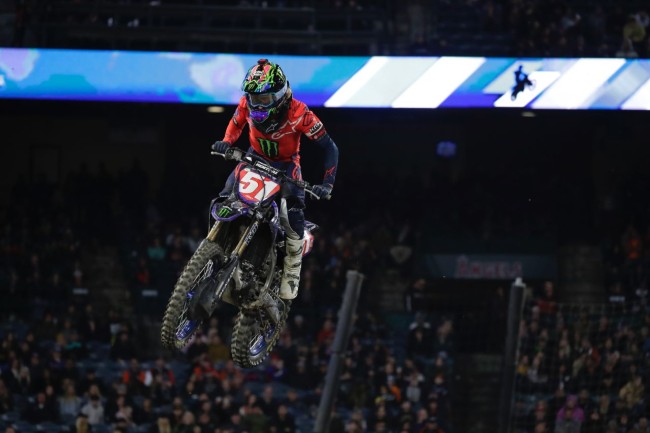 Justin Barcia had a very good start to the Supercross season and was challenging for the title at the start of the season but the second half of the season didn’t go according to plan. It was still the American’s best even Supercross championship as he finished fifth in the championship.

After the Motocross season finishes, Barcia doesn’t know what the future holds and what bike/team he’ll be with for the 2021 season but his following post would suggest he won’t be staying with Yamaha.

“The biggest thing I have learned over the years in racing is that there are always massive highs and lows. The first half of the season was a high and last half was a massive low. With that being said, I have definitely learned how to control the lows better mentally”.

“This supercross season was my best finish in the premier 450 class with a top five overall. I truly believe next year will be even better for me and I’m already thinking about next year’s supercross, how I can improve and what I can put in place to achieve my full potential. I have no idea what the future holds for me in SX or what type of motorcycle I will be racing next year but I’m excited for the challenges ahead and ready to finish out the 2020 year stronger than ever”.

I want to thank my lovely wife @amberrosebarcia for going above and beyond this year and working so hard! My parents, @drfeelgoodmx , my trainer @tomdanielson @cinchcyclingcoaching and my mechanic @longhorn301 and everyone single one of my sponsors who continue to support me on my journey. To all of my amazing fans…racing just isn’t the same without you and I cant wait to have you guys back at the races”, concluded Barcia.