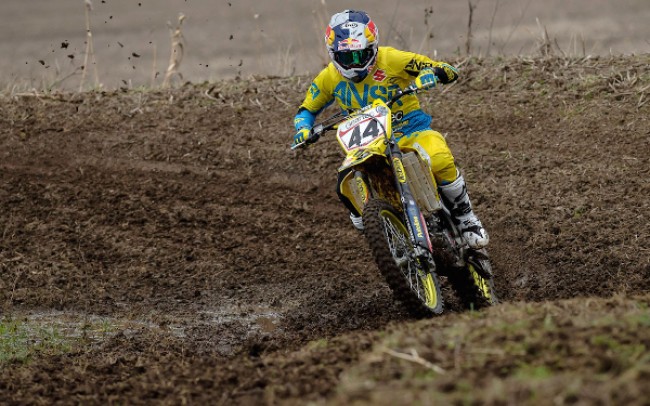 Yamaha is very pleased to announce that the renowned British motocross outfit Rob Hooper Racing Team will be flying the flag for Yamaha in the Maxxis British MX Championship for 2016. The Staffordshire-based squad, which is owned and run by industry stalwart Rob Hooper, will be representing Yamaha as Geartec Yamaha in MX1 and MX2 of the UK’s premier series, as well as selected GPs and other UK championships.

With a long history in the sport racing at British and world level, followed by team management and now team ownership, Rob Hooper will be fielding a brace of riders aboard cutting-edge Yamaha machinery for the first time. Former two-time British MX2 champion Elliot Banks Browne and MX1 contender Ashley Wilde are already confirmed to ride the innovative, reverse-cylinder, MXGP championship winning YZ450F, whilst the pilot for Yamaha’s latest YZ250F has yet to be confirmed.

The new generation of YZ-F, 4-stroke competition machines have delivered race success at European, World level and in the US, and combined with a consistency and heritage that is almost unrivalled in the British paddock, the Rob Hooper Racing Team is a perfect partner for the blue brand going forward, providing a strong platform for further victories on home soil.

Team owner Rob Hooper said: ‘We’re really excited with this move to Yamaha and we are looking forward to this new challenge. We’ve been impressed by Yamaha’s motocross results from around the world in recent years and it gives us great confidence in the bikes. The bar has been set high in the UK, but we will be making every effort to continue to deliver great results for Yamaha.’

Yamaha UK’s Motorsport Coordinator Karl Radley said: ‘It’s a real pleasure to welcome Rob Hooper and the team on board. Since the introduction of the game-changing YZ450F in 2010, Yamaha have enjoyed a huge amount of racing success with its YZ-F’s, both here in the UK and worldwide, so with Geartec Yamaha we look forward to continuing this trend into 2016 and beyond. With the team’s heritage, two title challengers on board and Yamaha’s latest YZ-F’s, we are confident that the partnership will deliver.’

Elliot Banks Browne said: ‘Really excited to be on a Yamaha for 2016, I really think that the bike will suit my riding style and I’m looking forward to the new challenge and being at the head of the pack next year.’

Ashley Wilde said: ’Returning to Yamaha with a new team is a real buzz and I’m really looking forward to challenging for the championship in 2016.’