Baggett: Herlings took us to school! 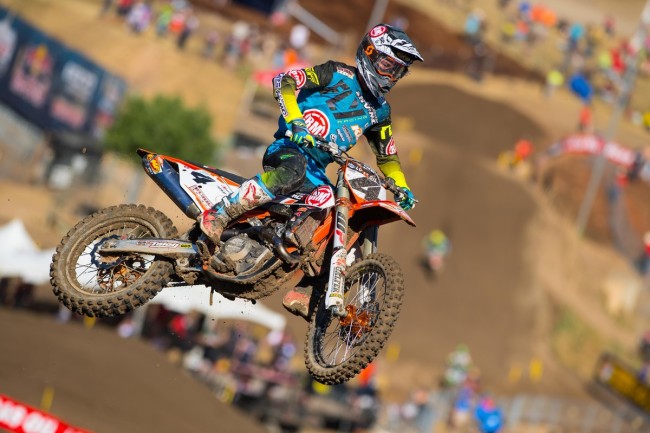 A very honest and respectful Blake Baggett admitted that Jeffrey Herlings gave the Americans a riding lesson at Ironman on their own turf!

Despite racing with the ligament tore off his thumb, Baggett, a former 250 US National champ and 450 race winner this year, said he might need to race on the European tracks to get even faster!

“Evidently I need to go to Europe and do some riding because this guy took us to school,” admitted a respectful Baggett. “So I need to get my pen and paper and take notes, because he definitely served us justice today.”

Even new champ Eli Tomac said of Herlings, “Man the guy is fast!”

After years of the world championship fighting for respect in America, fuelled in part to the low level coverage the series receives in the influential US motocross media, it’s nice the see the respect the rest of the world has for AMA racing being reciprocated by the American riders.

It might even encourage more US riders to dream of being world motocross champion again as the prestige of the series grows further in North America after Herlings’ win on Saturday.

But you can bet new 450 US National champ Eli Tomac, America’s star man, will be out for a bit of revenge this weekend at the USGP with the title pressure off, in an event that promises to be just as exciting as last weekend.