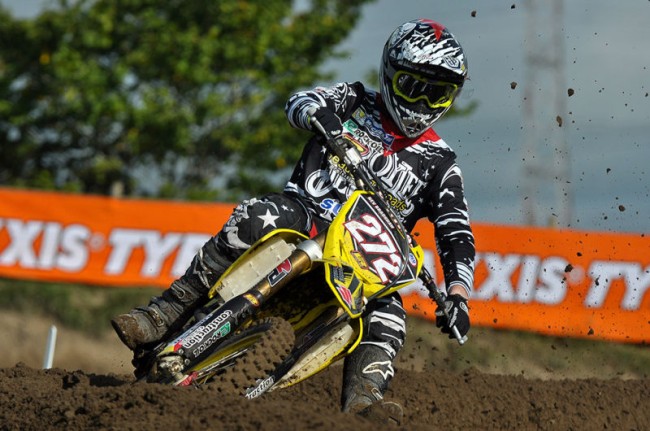 It’s widely acknowledged that the Power Maxed Arenacross Tour offers a welcome burst of frenetic motocross racing at a time of year when most outdoor tracks have battened down the hatches but, AX isn’t just an outdoor stop-gap, it’s about far more than that.

In its sixth season, AX continues to attract high-profile racers from around the world. The 2018 roll call has, amongst a plethora of French supercross specialists, included the likes of top MXGP contender Evgeny Bobryshev, multi Australian supercross champ Dan Reardon, Portuguese motocross and supercross champion Hugo Basaula, and former two-time British MX champ Elliott Banks-Browne. The unpredictability of Arenacross is one of the factors that makes it so intoxicating and, the fact that riders can often change, keeps it fresh.

In terms of mixing it up, this weekend’s penultimate round of AX at the FlyDSA Arena, Sheffield will be no different as, stepping into the arena are everyone’s fave South African Nev Bradshaw, and new-to-AX from Belgium, Jens Getteman. Bradshaw will line up alongside the aforementioned MXGP star Bobryshev in the RFX Suzuki stable and Getteman, also a former MXGP competitor, joins Basaula in Team Shocktech Kawasaki.

The exciting news for British MX race fans is that honorary Brit Bradshaw is back and as keen as mustard. The 34-year-old has a list of major race and championship successes as long as your arm, both in the UK and in his country of birth. He was an AX Pro class runner-up in 2013 (by six points), the year that Adam Chatfield won the title, and last rode in Arenacross at Glasgow in 2017. He’ll be riding the new Suzuki RM-Z450 and is pretty chuffed to be back in the AX scene, however, he’s under no illusions as to the challenge he’ll be facing. “The level at Arenacross is at an all-time high, and those boys have been racing this discipline for months already. I just want to get out there get some good laps in, have fun and have some good battles with the boys. My fitness is okay. I haven’t been riding a whole heap, but I’ve done enough to keep my eye in and have a good feeling on the bike. I met Bobby for the first time a few weeks ago, he’s cool and seems like a chilled guy, but is hungry to do well. I also know Paul (Irwin, RFX boss) pretty well as they have really supported me with various teams throughout my career.”

On a personal note, Nev and his wife Samantha welcomed a new member to the family earlier this week; Braxton Bradshaw who was born on Monday 5th February. When elder brother Tatum was born four years ago, Nev went out and smashed the British MX Championship, taking the overall win at Foxhill. “That was one of the best weekends of my life,” said Bradshaw. “It’s a far shot to think I could repeat it at AX, but anything can happen, and I’ll be giving it my all, that’s for sure!”

The penultimate round of the Power Maxed Arenacross Tour takes place this Saturday, the 10th of February, at the FlyDSA Arena, Sheffield. The Show gets underway at 7. 30pm.Tickets are available from the arena website www.flydsaarena.co.uk