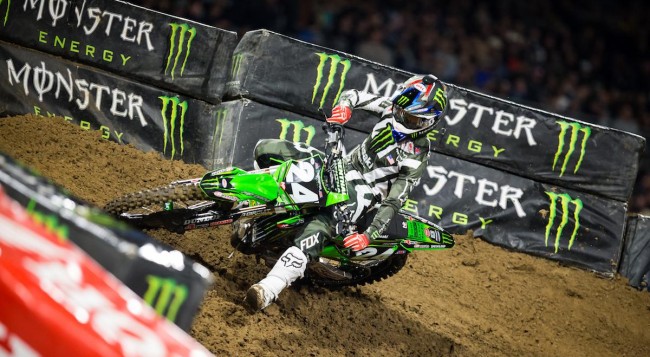 Austin Forkner has been injured preparing for the 2018 season.

The Pro Circuit Kawasaki rider broke his wrist and collarbone in a crash yesterday with a disappointed Forkner claiming he was riding the best he ever has.

Forkner said the he cased a rhythm section and will now presumably be riding the East coast if he can recover in time for round one!

Unfortunately this happened today, just hit a slick spot and cased a rhythm and crashed. I heard it snap and ended up getting a break in my collarbone to. I've been riding the best I ever have so God's got the plan and I'll be back in good time.🙏🏻