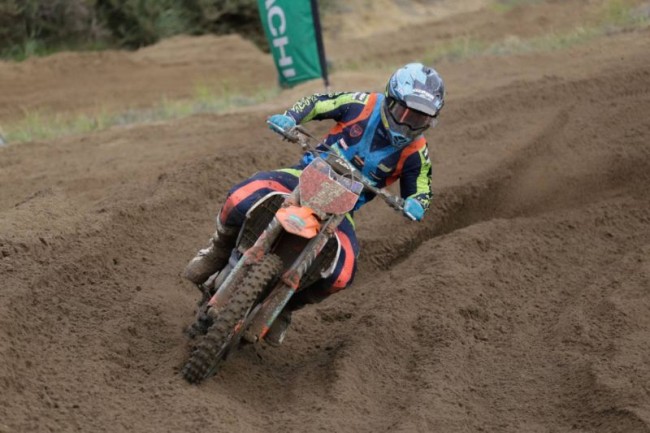 In just three days’ time, the largest motorcycling series in the country, the Motul MX Nationals, will host the seventh instalment of the 2016 Championship at Green Park at Conondale in Queensland – and with some of the fastest riders in the country coming from the North, many will have the opportunity to perform in their home state this Sunday.

For the first time so far this year, the Motul MX Nationals will take the Championship to the ‘Official Holiday Destination’ of the series, the Sunshine Coast, and with a strong contingent of riders residing in the Sunshine State, there will be plenty of support for Queensland’s stars at round seven.

Today we look at some of the riders who will carry that home state advantage into racing this weekend, and with a number of Queensland riders holding top positions in their respective championships, locals have every reason to get out to Green Park on Sunday and support their home grown stars.

He’s the defending MX Nationals champion, and these days he calls the Gold Coast in Queensland home. KTM Motocross Racing Team’s Kirk Gibbs has been nothing short of impressive so far this year. After entering the season coming off a pelvic injury, Gibbs was considered somewhat of an underdog for the 2016 season, however the ‘diesel’ machine has rose to the occasion so far this year, and has now had the championship lead since round four. The last time the MX Nationals visited Conondale (in 2014) Gibbs edged out both Billy Mackenzie and Matt Moss to take his third MX1 victory of his career, proving that Queensland tracks are home for the KTM star. This weekend Gibbs will need all the support he can get though – After injuring his knee at Round 6, and his lead tightening up to only 15 points, Gibbs will be under the pressure at Round 7, but if there’s one thing that we know for sure, it’s that Conondale, and Gibbs are one solid combination.

Wilson Coolair Motul Factory Suzuki rider Todd Waters has been hanging to get back to some natural terrain tracks, and for the first time since returning from his MXGP stint in Europe, he’ll have the opportunity to race in his home state of Queensland, at one the most famous natural terrain tracks in the entire country. The last time Waters visited the iconic Conondale venue back in 2013, he was leading the MX1 Championship, and despite carrying an injury raced to an impressive fourth overall on the day. This year, Waters is heading to Conondale uninjured and with a championship on the mind. Currently sitting in third in the MX1 Championship standings, Waters has the advantage of a short trip to the track for the first time so far this season – so with some additional home crowd support, there’s every chance that Waters could take his second overall MX1 round win for the year at Round 7.

Husqvarna mounted Nathan Crawford is no stranger to tracks on the Sunshine Coast! The Motul MX2 star is often spotted training in the area, and this weekend will line up with the support of family and friends, aiming to maintain his MX2 Championship lead. When the MX Nationals visited Conondale back in 2014, Crawford had not long begun his professional racing career in the MXD class, (where he took fifth overall for the round) but since then, Crawford has not only grown as an individual, but showcased his maturity as a rider, leading the MX2 championship since the mid-season break. This weekend Crawford will make the two-hour drive from his home in Mount Cotton, with the hope to maintain and stretch out his nine-point lead on fellow Queenslander Caleb Ward. With the venue made up of steep hills, natural terrain, and hard pack fast sections, Crawford’s riding style should gel well with the Conondale circuit, and with a championship on the line, the Husqvarna rider will be snatching up as many points as possible from the minute the gates drop.

KTM Motocross Racing Team’s Caleb Ward is originally from Northern Queensland, however has made the move to the Sunshine Coast in recent years to allow better access to tracks and training. And we must say it seems to have paid off! Ward is arguably one of the most consistent riders in the Motul MX2 class this season, and has taken a total of four round wins, and graced the podium five out of six times so far this year. At round six just two weeks ago, Ward was undefeated on a hard pack track (Ward is typically well known as a sand specialist) and the KTM rider moved in to second in the overall MX2 championship standings. Queenslander Ward now trails Crawford by only nine points, meaning this weekend’s round at Conondale could be championship changing, and every single race will count.

Pirelli MXD Class rider Mitchell Evans (Yamalube Yamaha Racing Team) from Cairns, will have his first opportunity to race in his home state this weekend, and despite some challenges throughout the beginning of this year has found new momentum since returning from the mid-season break. Evans, who collected his first and only round win back at round three, has points to make up at Conondale this weekend, and being the only rider in the top four with a home state advantage, round seven could very well be where Evans makes a move for the championship.

All of these riders including more of Queensland’s stars will headline Round 7 of the Motul MX Nationals at Conondale this Sunday July 17.

You can tune in to every minute of round 7 LIVE this Sunday from 10:30am, via www.nrgtv.com.au

For more information on Round 7 of the 2016 Motul MX Nationals, head to www.mxnationals.com.au