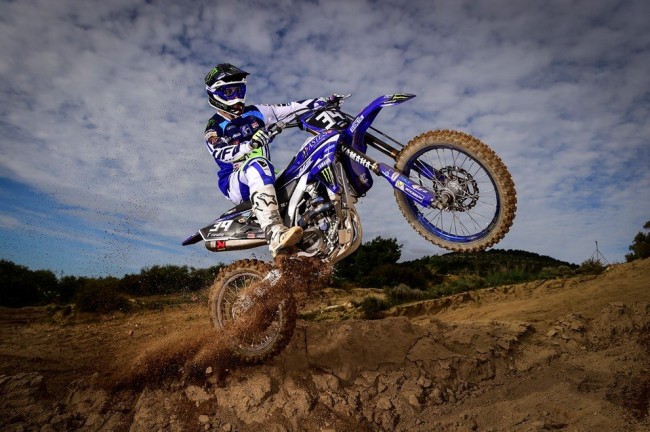 Just like we reported a few weeks ago here, it’s now been confirmed that Charboneau and Lapucci will join van de Moosdijk at the ASTES4-TESAR Yamaha team in 2018.

You can read the full press release below:

The trio of promising young riders are set to complete a highly potent line-up for the ASTES4-TESAR Yamaha team where they will race GYTR kitted YZ250F’s inside the extremely competitive 2018 European Motocross Championship, a series that is considered the last stepping stone in Amateur racing before joining the pro ranks, MX2 or MXGP.

After an exciting display of potential in 2017, despite two unfortunate injuries, 18-year-old Dutchman Roan van de Moosdijk will remain on the team for a second term where he will be joined by American ace Tristan Charboneau and Italian hopeful Nicolas Lapucci.

Charboneau is a familiar name to the European Championship and has already proven his worth on numerous occasions. The 20-year-old American toasted his first EMX250 race win in Russia this year and authenticated his speed with a dominating performance at the Portuguese round of the EMX250 championship where he won both races for his first EMX250 round victory. Upholding his winning ways, Charboneau went on to win races at the MXGP of Switzerland and at the final round of the EMX250 championship in Villars-sous-Ecot in France.

Lapucci scored points in four EMX250 races this year. His second-place finish in the opening race at the MXGP of Lombardia-Italy was the most eye-catching and that has proven that the stylish Italian is capable of fronting the field.

With the support of Yamaha Motor Europe, ASTES4-TESAR Yamaha Official EMX250, and the 2008 MX1 World Champion David Philippaerts, the whole team is eager to start their off-season preparation, which is set to begin in November of this year, 2017.

“I am happy with the 2018 line-up for the ASTES4-TESAR Yamaha Official EMX250 team. Tristan, Nicholas, and Roan are all young and talented riders with an enormous amount of potential, and having them on the Official EMX250 team is completely in line with Yamahas philosophy to support and develop the next generation of motocross stars. Because of their age, they have time to develop their skills as riders before taking the next step which will be to race MX2. The three riders will be trained and mentored by David Philippaerts, and with the support of the ASTES4-TESAR Yamaha Official EMX250 team and Yamaha Motor Europe, they will have all of the tools necessary to achieve all that they are capable of achieving. That is something exciting.”

“I am so happy to have an American on the team, it’s a new experience for us and something extremely exciting. We already know that Tristan is a very good and talented rider, he won two rounds of the EMX250 Championship last year and it has just been unlucky that his overall result was not better. We believe in him and we believe that with our team and a YZ250F he will be able to achieve what he is capable of. The same can be said for Nicholas. He is a very nice guys with a lot of speed and talent, and like Tristan, just some unfortunate things have prevented him from getting good results, but on our team, I believe he will fight for the top. Last but not least, Roan. I can’t explain how happy I am to have Roan stay with us for another season. He is like a member of the family. His entire family are fantastic and a pleasure to work with, and we are so very happy to have them onboard for another season. With these three riders, I believe we have a very strong team and I am looking forward to the 2018 season.”