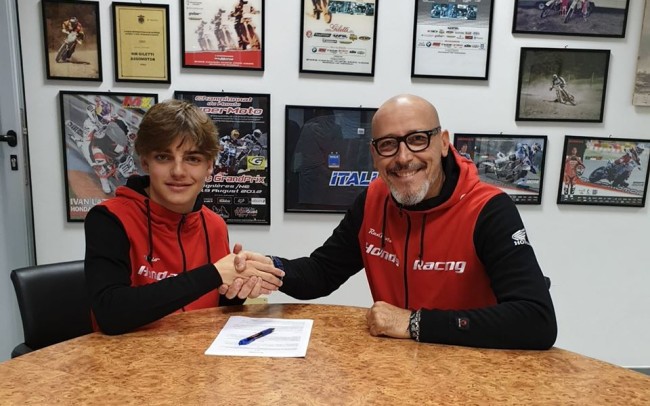 The Assomotor Honda team previously confirmed that Stephen Rubini and Alvin Ostlund will contest the MX2 World Championship under the awning in 2020.

The team have also confirmed that they have signed up an EMX250 rider with young Swiss rider Luca Diserens.

Diserens spent the season with the MJC Yamaha team in the EMX125 series but has decided to make the jump up to the EMX250 class for the season ahead.

“I’ve been very lucky to sign with AssoMotor team for the 2020 season. I’ve decided to become a part of the team because they are very professional with serious and generous people. The bikes are very performant so I can work as efficiently as possible during this winter season. I’m working hard for 2020 surrounded by my trainer to achieve the best I can for this transition year on the 250cc. I’d like to thank everybody who follows me since the beginning, but especially my trainer and my family”, Diserens told GateDrop.com.