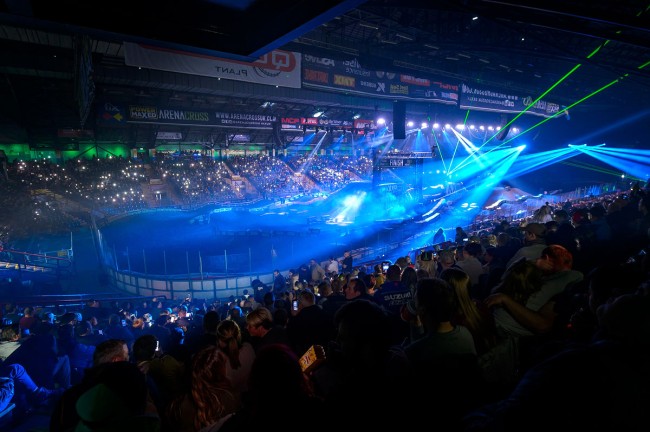 Heading into the main event it was Dan Reardon looking impressive on his I-Fly JK Yamaha as he won both of the heat races he competed in! He would have been looking to stop the French domination so far in the series. Cedric Soubeyras and Thomas Ramette were the other two winners of the other heats.

In the hot lap it was Thomas Ramette who put in the quickest lap but he was only 0.059 of a second quicker than Dan Reardon – it was shaping up to be an intense final!

Progressing through to the main event from the head-to-head LCQ was Adrien Escoffier as he edged out Evgeny Bobryshev. It hasn’t been a good series for Adam Chatfield so far and his troubles continued as he didn’t make it to the main event.

When the gate dropped for the main event it was the fast starting Thomas Ramette with the holeshot who was looking to put last weeks disaster behind him! He came under some pressure from his team mate, Cyrille Coulon but held on for the win.

Fabien Izoird is starting to get stronger as the series goes on and he made it an all French podium. Basaula again impressed but just missed out on a podium but edged out Charles Lefrancois for fourth.

Cedric Soubeyras was in third but then at nearly the half way point dropped down the order. He had a good recovery ride to get back up to sixth at the end of the moto. Ashley Greedy was this weeks best placed Brit in tenth.

In the Pro Lites, Joe Clayton won the first final on his Kawasaki ahead of Jason Meara and Scooter Webster who held off Chris Bayliss for an impressive third. In the second final, Meara was the man at the front but then with two laps to go, Clayton made a move to clinch yet another win. Bayliss ended up third to clinch the last step on the podium.