Aranda and Richier win in France 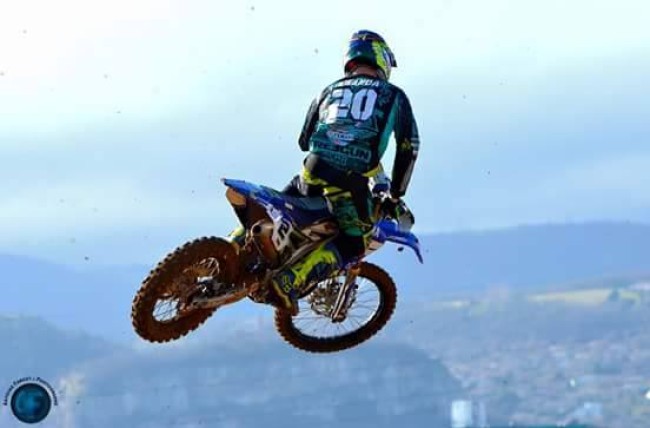 In the 125cc class it was Stephen Rubini who went 1-1 to take the overall on the day from Pierre Brush who rode well to finish a strong 2-2 in the moto’s. Fast rookie, Brian Moreau rode well in the second moto to clinch third on his Bud Kawasaki.

In MX2 it was Nicolas Dercourt who drew first blood as he won the first moto on his Bud Kawasaki. Thomas Do and Florent Richier impressively rounded of the podium in that moto and beat some fast EMX young guns!

Florent Richier, who contested the British Arenacross is now back riding motocross in his home country, he won the second moto to win the overall! Nicolas Dercourt who has been riding a lot with Jeffrey Herlings in the off-season went 1-3 but lost out on the overall as Florent had the better second moto but none the less a good day for both riders. Thomas Do went 2-2 to end up third overall.

Gregory Aranda has started the season strong on his 2B Yamaha as he went 1-1 in the opening round! Last years champion Xavier Boog didn’t have the best of days as he did not finished the first moto but went third in the second moto to show he has the speed to run at the front.

A very good day for the experienced Sebastien Pourcel as he finished 4-2 to end up second overall. British championship rider, Steven Lenoir competed at the first round of the French championship to aid his preparations for the season and looks to be jelling well with the bigger bike. Lenoir finished 3-4 to round off the overall podium in an encouraging day. Harri Kullas, preparing for the European MXGP rounds on-board his Sarholz KTM had a solid day going 5-6.

A good day for Florent Richier and Gregory Aranda, they will have the red plates going into the second round of the series being held on the 19th and 20th.