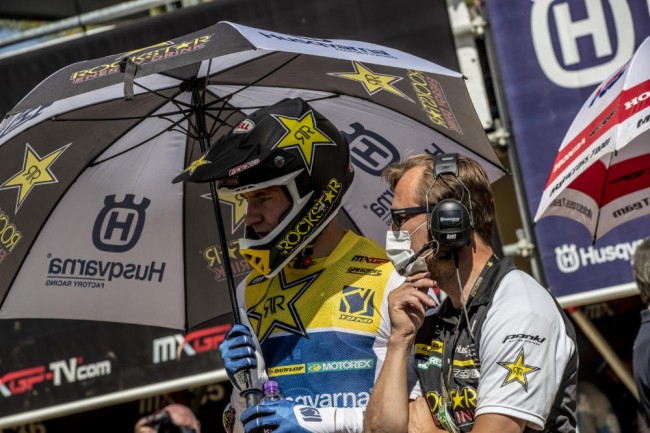 During the MXGP of Lombardia at Mantova, the Motocross world started to get worried as the news circulated that Arminas Jasikonis suffered a high speed crash. It’s the news that no one wants to hear in the sport but the result of the crash meant the young Lithuanian was put into an induced coma and was fighting for his life.

Thankfully, Jasikonis pulled through and even woke up before the doctors expected him too. The Factory Husqvarna rider has already made steps in the right direction and is already able to do some physical activity.

The team manager of the Ice One Factory Husqvarna team, Antti Pyrhönen give us his thoughts on the day from his perspective – whilst it was emotional for him and his toughest day in the sport he needed to think clearly as decisions had to be made.

“When Arminas was brought to hospital it was evaluated that the hospital was able to take care of him. One of the first things that we knew we needed to do quickly was to get his parents over to Italy. It was very important for us and we quickly agreed with Kimi Räikkönen (The F1 driver is the team owner) that we could fly Kimi’s private jet to Lithuania and fly his father over, so his father was landing to Italy straight away on Monday morning. We knew we had done everything we could for AJ to have his family together. He was getting care off in the hospital the best possible way and then we started to pray that he’d fully recover. That is what happened, and we are very thankful for that”.

“We had unbelievable support from Kimi, from the factory – Pit (Beirer), Robert (Jonas) and Heinz (Kinigadner) and from all the MX community, huge respect and thanks for that!” 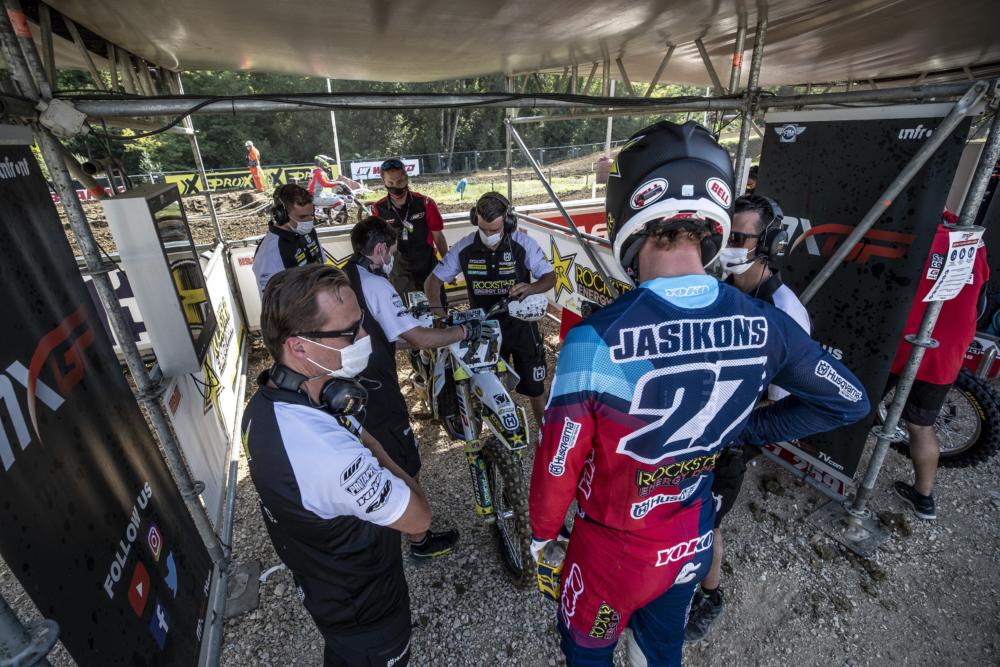 Pyrhönen has also given us an update on Jasikonis current condition and is happy with the unbelievable recovery he has made. At this stage, the Finn can’t put a date on his return but knowing AJ the way he does, he expects it to be sooner rather than later. It will certainly be nice to see Jasikonis back at the GP’s doing what he does best!

“At the moment his stage is absolutely normal, he’s capable of already doing some physical training whether it be running or some gym, physical exercises. He is happily living with his girlfriend and things are absolutely looking positive and really good”.

“But when he is able to return back to riding or racing, I don’t want to put a date on it because we don’t know but as much as I know AJ, I think it’s going to happen sooner rather than later”.

If you missed our in-depth interview with Pyrhönen, you can read it here.