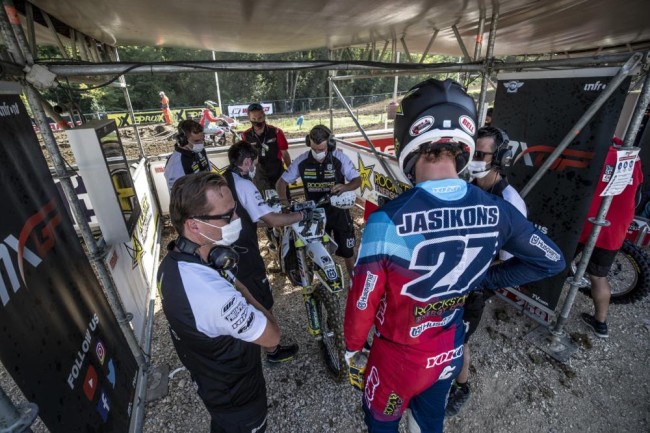 Just like pretty much everything in life things change and evolve and it’s no different in the Motocross world.

The sport is a lot more professional now, the bikes are faster and easier to ride than the past. With the number of coaches now involved in the sport that is also helping rider development.

We asked the Ice One Husqvarna team manager, Antti Pyrhönen about how the sport has changed since he was a GP rider.

“For sure the sport has evolved a lot, that is clear. It is way more professional these days on many aspects – the teams, they have unbelievable resources at the moment, and they are really pushing hard. Everyone has great mechanics, training mechanics, trainers, suspension people – the whole package has developed so much and the benefit from it all is that the rider is more ready. The rider together with the bike is way more fast than it used to be, this is my opinion. It’s just evolution what has happened”.

“The bikes are very fast but generally the whole package is so much more ready. The package with the rider, the support and technical support that the rider gets, they have nutrient trainers as well as physios. The whole package together is so tuned at the moment and it shows with the awesome speed”. 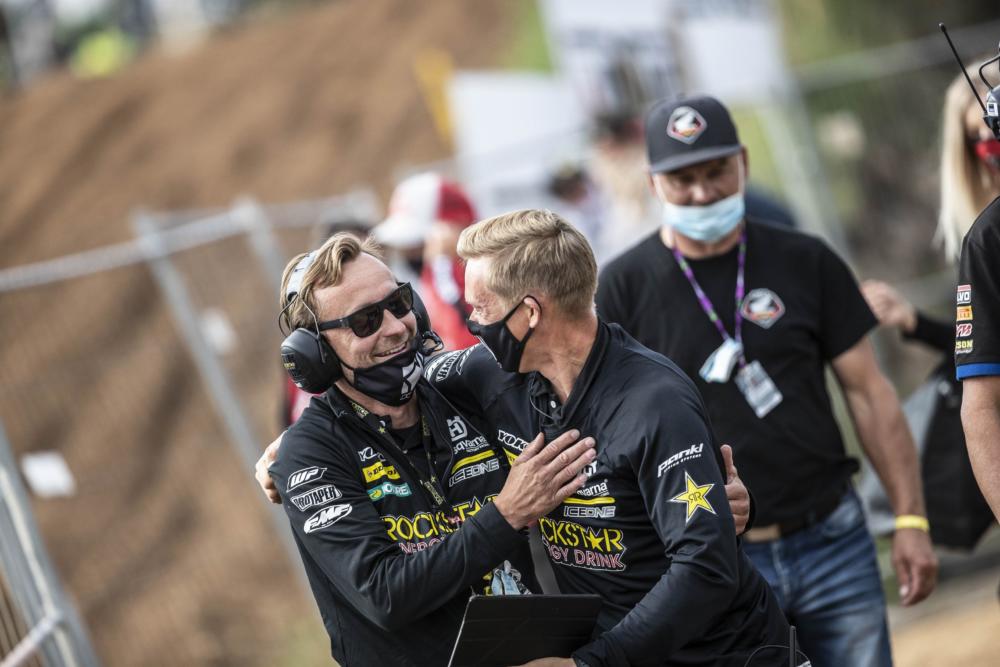 During some of the Motocross season’s, we are seeing a high number of Motocross injuries and one of the reasons is the modern bikes being so fast. Pyrhönen agrees it is one of the factors as why the injuries have been bad more recently but also bad luck has played it’s part.

“For sure, it is affecting the injuries, that is clear. They go at such a high speed; the end result can be very heavy when they hit the ground. On the other hand, there has also been some bad luck this season. There can be seasons we have an unbelievable number of injuries and then there’s other seasons we don’t have as many. This year there’s been lots of bad luck with these crashes but also, I need to mention that we also had some good luck”.

“All the crashes that happened to Jeffrey (Herlings), Glenn (Coldenhoff) and AJ, they could have ended up way worse. From that side we were quite lucky that these guys will be back healthy again”.

The MXGP rider salary is a big debate at the moment with Gautier Paulin commenting on the matter after he decided to retire from the sport but Pyrhönen feels riders are being paid better than ever and it’s going in the right direction.

“I am an old Motocross racer myself so me from anybody would like to see the Motocross riders earn lots of money. I honestly believe that they deserve it, it’s a really thrilling, high risk, real sport – you need to be ready and to put the work in”.

“On the other hand, being in another role as the team manager, the teams and the industry need to be able to fund it. This is just a reality that our industry is still rather small, and we are a marginal sport. At the end of the day, in my opinion, the rider salaries have increased and looking at the bigger picture I think it’s going in the right direction. The riders are earning money and especially the top riders, they are getting very well paid”.

Despite the top riders getting paid well perhaps now more than ever it’s harder for the private teams to compete and run two GP riders. He believes that with the help of more outside industry sponsors it could help the sport.

“I know Infront does everything they can to make our sport visible, successful and having best possible situation for teams and riders but, for sure it is not easy for them either. Running any Motocross team whether it’s a private team or factory team. Everybody has the same challenge but of course the private teams have an even bigger challenge, that’s for sure”.