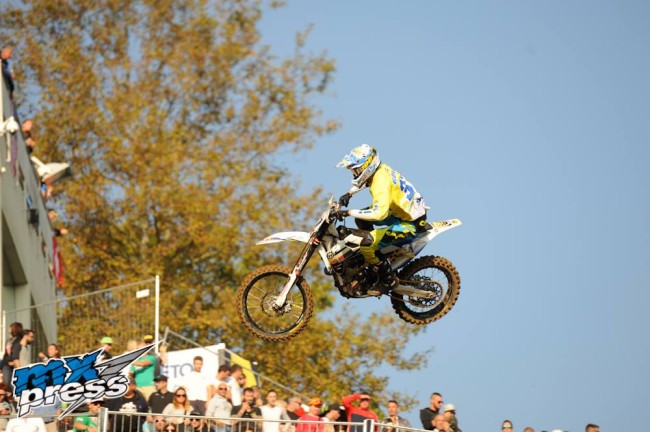 Swedish rider, Anton Gole has secured a ride for the 2018 MX2 World Championship season. It was Gole’s rookie season in the series this year starting of the season on a privateer setup with Husqvarna but then he filled in for Samuele Bernardini on the factory TM.

Gole has signed a deal with the I-Fly JK Yamaha outfit for the season ahead. With his rookie year behind him he will hope to be stronger in 2018.

After finishing an impressive fourth in the EMX250 series last year Gole moved up to the MX2 series and ended up twenty-second in the MX2 World Championship. The Swede will hope to break into the top twenty next year with the Italian team behind him.

Anton Gole: “When I got the call from I-fly JK Yamaha team to race the entire MX2 world championship for them it was hard to say no. I think Yamaha is a really good bike and I am really looking forward to improving my speed and results from this year together with them.

I want to thank Yamaha Scandinavia, Totte Nilsson and of course JK Yamaha for believing in me for the upcoming season.”