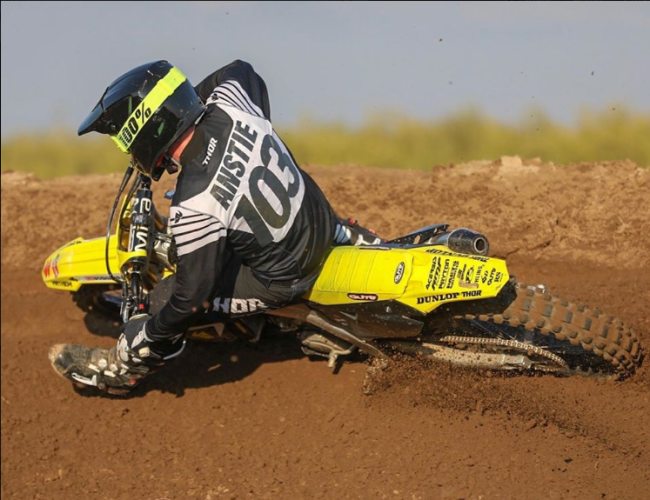 It really is all change for Max Anstie in 2020 after signing a deal to race the AMA Supercross and outdoor Nationals for the fast approaching season.

The Brit signed a deal with the HEP Suzuki team in the AMA paddock which means he’s left the MXGP paddock behind him.

Whilst in the GP paddock, Anstie ran the #99 number but his AMA number has been revealed – we are going to have to get used to him running the #103 in 2020.

Anstie hasn’t had an awful lot of time to prepare for the Supercross season but he’ll be hoping for some good results in the 450cc class.