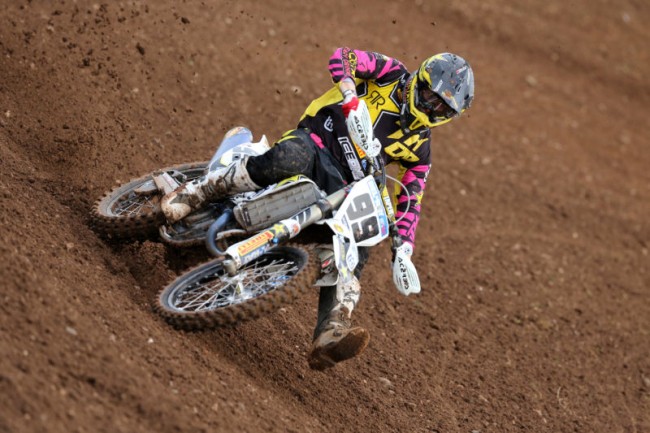 Max Anstie won the MXGP qualifier in France after a brilliant race-long battle with French favourite Romain Febvre on a very rutted circuit!

Anstie made his move on the last lap and said: “It was awesome, that was the best race I have ever done! the track was really difficult. I stuck to my lines, I was a bit nervous, he passed me and I relaxed a bit. It is only Saturday but it’s awesome to get a win.”