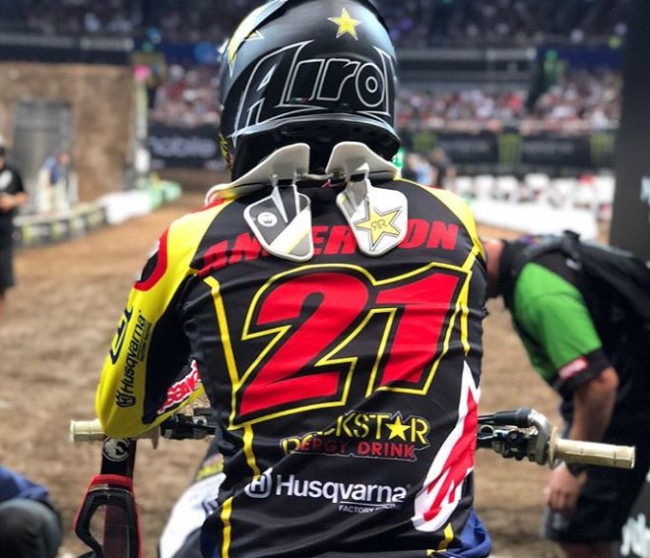 Jason Anderson won night two of the Aus-X open and took the overall Aus-X Open win ahead of the Dean Wilson.

Dean Ferris took the holeshot but this time Anderson stayed up in turn one and and quickly got by Ferris using the short-cut lane to take the lead. Anderson pulled away as Wilson worked his way into second but he couldn’t catch the flying American.

Ferris would crash and end up eleventh with Justin Brayton rounding out the podium giving the three AMA riders the top three on the podium. Dan Reardon was the top Aussie in fourth.