Anderson and Barcia – aggressive passes or over the line? 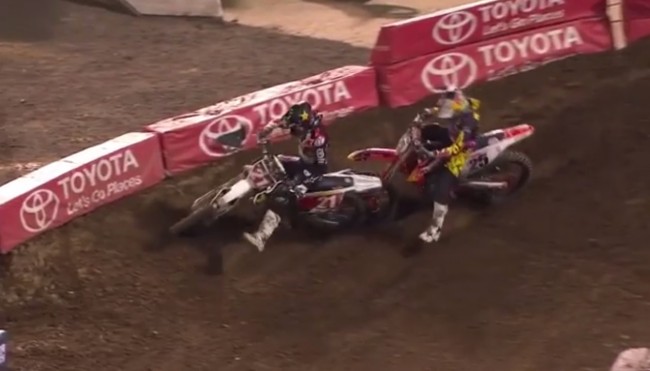 Jason Anderson and Justin Barcia went back to their aggressive ways under pressure last weekend in Oakland by taking out two of their title contending rivals as they stormed through the field following poor starts.

Ironically it was only one week ago that Barcia said he was trying to change his ways and build relationships in the sport as he sat beside Tomac, then, just one week later, it was the Kawasaki rider that ended up on the deck – but was Barcia just racing hard?

Likewise, Jason Anderson took his training partner, Marvin Musquin, out and the normally polite and mild-mannered Musquin admitted he was not happy and will be seeking some payback.

The question is will Anderson and Barcia’s moves ultimately derail their own title ambitions in the long run if Tomac and Musquin return the favour if they get the chance during the rest of the season?