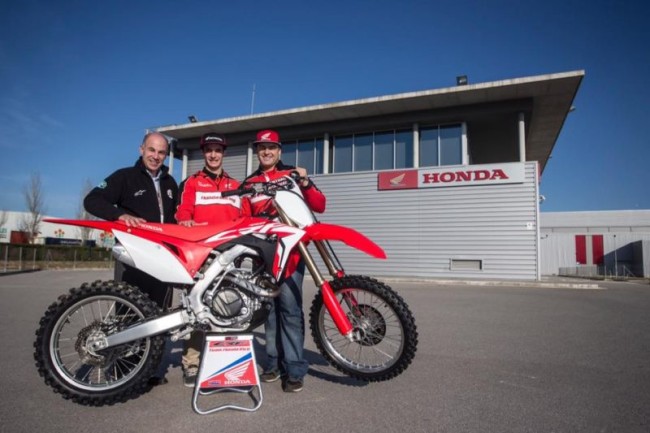 Ander Valentin makes the switch from Kawasaki to Honda for the 2017 season. He will race for two different teams during the season. He has signed with Carglass Honda who are a new team in the World Championship paddock and will run Ander in the European rounds of the MXGP World Championship.

Ander will also compete in his National Spanish MX1 Elite Championship, he will race a Vico Honda. He will be hoping to battle for the championship title during the 2017 season.

Ander Valentin: “I’m super motivated to be a part of the Honda family for the 2017 season. I will be racing the Spanish championship with Team Honda Vico and all the European MXGP races with Honda Carglass.  It’s good to have the best bike to do that! Also, I will contest at international and national events such as the RedSand race this January 22 here in Spain, this will be my first participation in a race with the new bike.  I’m really really excited.”