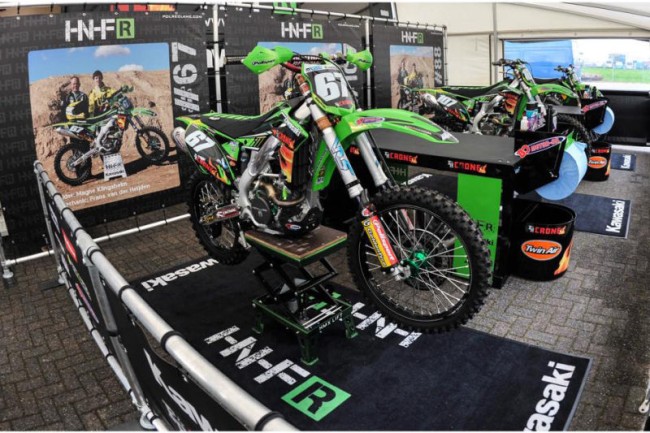 In 2016, Ander Valentin has signed to ride for F&H Kawasaki and will compete in European MXGP rounds on the Kawasaki 450. Ander competed in the EMX250 championship in 2015 riding for Ausio Yamaha and ended up eighth overall in the championship after showing some good speed.  Ander loves the 450 machine and has experience riding the bigger bike after riding it for Spain in the MXDN the past two years.

F&H have an all Spanish line up as Ander joins Rubén Fernández in the team – he will compete in the EMX250 class. As well as the European MXGP races, Ander will also compete in the ONK Dutch Championship and Spanish Championship races. It will be interesting to see how the twenty-one year old can perform on the 450.

Ander Valentin – “Im really really motivated with the change, i can’t wait to ride with the bike, everyone says it is awesome. Of course i will work harder than ever to get to a higher level this year, being in Holland will help a lot in order to achieve this. “