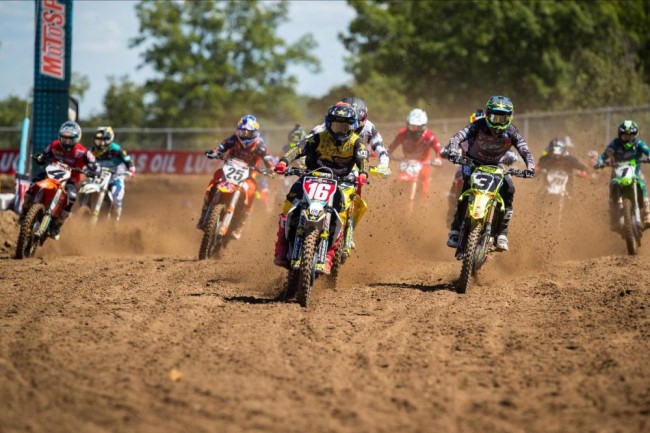 The AMA motocross championship begins its home stretch tomorrow with Millville first of the final four rounds in a row to end the slightly shortened 2020 outdoor championship, here are some thoughts on what has been an exciting season so far with some great racing.

Osborne in control: At the halfway point Zach Osborne seems to be the man in control, he is leading the points but it’s more than that, after a relatively bad round at Ironman, Osborne hit back at Red Bud with a double win then second overall at Red Bud, increasing his points lead again over his closest rivals before the two week break.

Osborne put himself under pressure to perform at Red Bud because he felt it would be pivotal for the momentum in the championship and he delivered at the crucial time, coming away with a 28 point lead over second place Marvin Musquin with four rounds to go. It’s Osborne’s title to lose now barring a mechanical DNF or injury but Musquin won’t be giving up without a fight in what has been a very impressive season so far after such a serious knee injury.

Cianciarulo v Tomac: At Red Bud 2 Adam Cianciarulo beat his teammate Eli Tomac straight up to win his first 450 moto in style, before going on to win the overall. The American got a bit over-excited in the press conference declaring himself the best rider in the world that weekend, somehow forgetting the actual world championship was in being held in Italy that weekend and that particular round won by Jorge Prado.

But he was the best rider in America that weekend and he showed Tomac he isn’t backing down. These battles might not be key for the US outdoor championship right now but they are huge for Cianciarulo’s progression in the 450 class, indoors and out. That was a big win and Tomac won’t be wanting to hand the confident rookie anymore of that in the final few rounds before they head into supercross!

Now or never for Tomac: The defending champion has never been a dominant guy this year outdoors even though he has been in and around the pace of the leaders. Things just haven’t been clicking like usually and when things could go wrong they have been. With winning the supercross title and having a child, has Tomac let himself breath a little without the pressure to win again outdoors that he usually has after narrowly missing a supercross title?

He has finally got the big title in the US (supercross) so it’s understandable if he has had a slight breather heading into motocross. But if he does want a chance at this title he has to win tomorrow at Millville to give himself a chance. How hard Tomac pushes might be an indication of how much he still believes in his title chances at 47 points down with four to to go.

Martin’s mental games: Jeremy Martin threw down the gauntlet to Dylan Ferrandis for the final four rounds of the season by declaring, “you will not break me,” following their collision in race one.

Ferrandis is the fastest in class by a distance so far but with four rounds to go and an extremely determined Martin at his home track this weekend and having title winning experience before the 250 championship is a lot more exciting than it looked after the first round!

Backmarkers issues: The lack of depth throughout the field is evident in the 450 class especially, with Osborne, Cianciarulo and Anstie all colliding with backmarkers this season. While there are 40 riders on the gate the difference in speed is vast from the top 12-15 or so to the rest, especially outside the top 30 who are more local pro level and it’s becoming a bit of a problem at times.

It shows you don’t need 40 riders to have a deep field of quality riders. Quality is more important than quantity. The reality is that MXGP is twice as deep right now even at rounds there isn’t 40 on the gate and a supercross field of just 22 can be deeper in quality than 40 guys on the gate in US motocross.