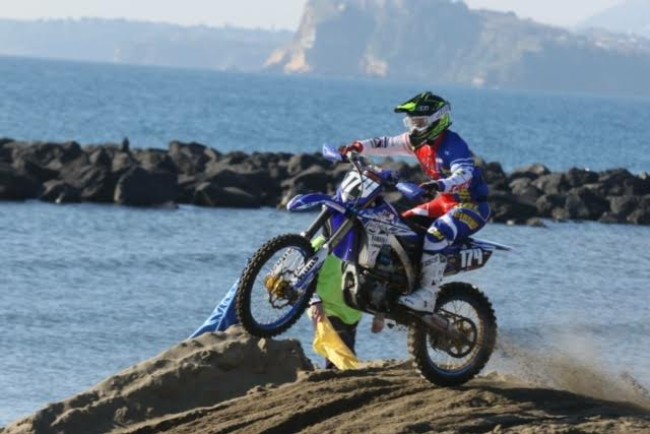 The first event of the 2016 season for the I-Fly JK Racing Yamaha team was held on the beach at Bacoli, near Napoli in Italy on Sunday.

Alfie Smith was unbeaten in the MX2 class but was forced to work for his first race win after crashing in the soft, deep sand.

In the Super-Final, Alfie crashed again on lap one but battled through the pack of combined MX2 and MX1 from last position to snatch 3rd on the last lap.

Alex Snow made a great debut in the MX1 class for his new team, taking second spot overall with a 3 -2 race finish and 5th in yhe Super-Final after crashing while in 2nd spot.

The team now moves to Sardinia for the first round of the Italian Championship next weekend.