Alexander Brown stepping away from the sport 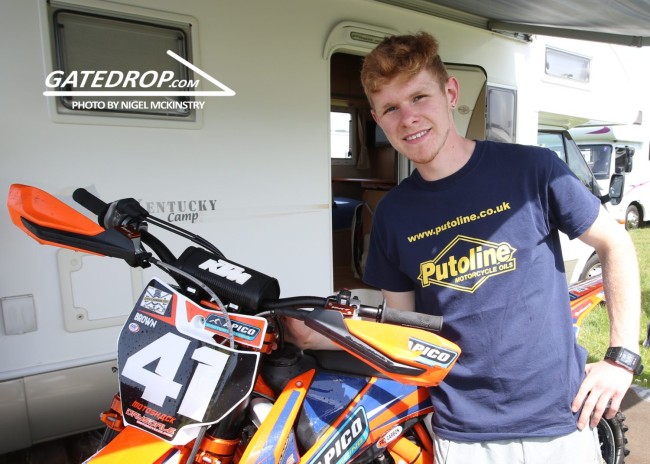 Things were looking great for Alexander Brown last year after impressing in the British paddock and getting a fill in ride with the Hitachi KTM fuelled by Milwaukee team. Unfortunately, after only a few races with the team Brown picked up an injury which ruled him out for the rest of the season.

The young Brit has now confirmed that he will hang up his Motocross boots due to injuries and other health issues. It’s a real shame as he was seen as a rider for the future and the next big thing from Scotland. Brown will certainly be a big miss in the British paddock and we’d like to wish him all the best with his future.

New year new me is what they say, you won’t see me on the start line anymore unfortunately due to injury and other health issues. Instead you’ll see me at the other side of the fence cheering on this awesome team. Thanks for having me for 2020. A huge thanks to everyone and anyone who has helped me in my racing career unfortunately it has come to a end but one door closes and another opens. Hope to see everyone at the races matterley basin will be our first race of the year. @hitachiktmfuelledbymilwaukee let’s have an awesome year.