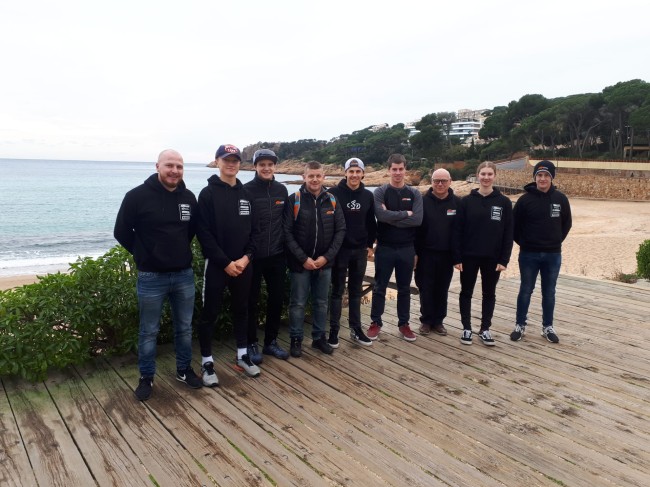 Never before has the composition of the Belgian EMX squad been so diverse. Sasso and Volovich will complete a five-man lineup from four different countries.

Although he only started motocross at the age of thirteen, Sasso has steadily risen through the ranks to become a solid force in the super competitive Californian youth amateur scene. At home Alessio trained with coaches like Ryan Hughes and Yannig Kervella. Sasso placed 9th overall in this year’s Monster Energy Amateur Supercross championship and came home 6th in 2018.

After a year of bad luck with injuries Daniel Volovich wants to take another step forward in the highly contested EMX125. The multiple Belarusian champion won the qualification series of the EMX85 northeast European championship two years ago. In 2017 he finished 15th in the FIM 85cc Junior World Championship.

Alessio Sasso: “I’m really looking forward to riding for KTM Diga Junior Racing. Having a team like this supporting me is going to help benefit my future as a racer! Also the training on heavy, rough tracks like Lommel will certainly allow me to become stronger. This will be my first time racing in Europe, but I believe that making the move will be a good one!”

Daniel Volovich: “I am very happy that I am going to race for a team with good people and a good structure. It’s not my first year in Belgium, so I’ll adapt quickly. My first two years in the 125cc didn’t deliver what I expected. In 2020 I want to go for the title in the Dutch Masters of Motocross championship and podium finishes in the EMX125.”

Dirk Saelen, team manager KTM Diga Junior Racing: “Both Daniel (Volovich) and Alessio (Sasso) are eager to work and learn. This is absolutely crucial. As a team, we are going to do everything we can to support them as professionally as possible. For both riders, however, it’s difficult at the moment to assess what realistic goals are for them. On the other hand, that makes it exciting for everyone!”