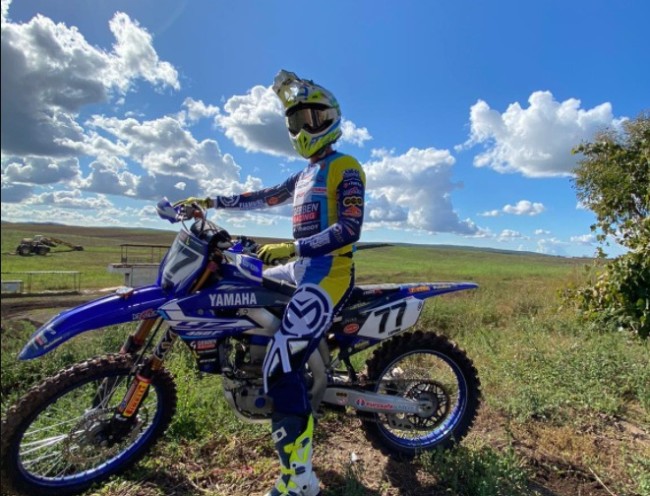 The Gebben Van Venrooy Racing team are pleased to provide a positive update regarding Alessandro Lupino. The experienced MXGP rider unfortunately picked up ligament damage in his ankle during Mantova 1 and has been out of action ever since.

The Italian is now back on the bike and is planning for a racing return at the MXGP World Championship which heads to Arco di Trento for a triple header in what will end the current MXGP season.

The team are looking forward to welcoming Lupino back under the awning to partner his MXGP teammate Calvin Vlaanderen.

Alessandro Lupino: Finally, I’ve had my first day back on the bike since the injury. The past weeks I have had a lot of therapy to make my ankle stronger. Now my plan is to do at least six days of riding before the MXGP triple header at Arco to be fit for last races.