Adam Sterry searching for a ride! 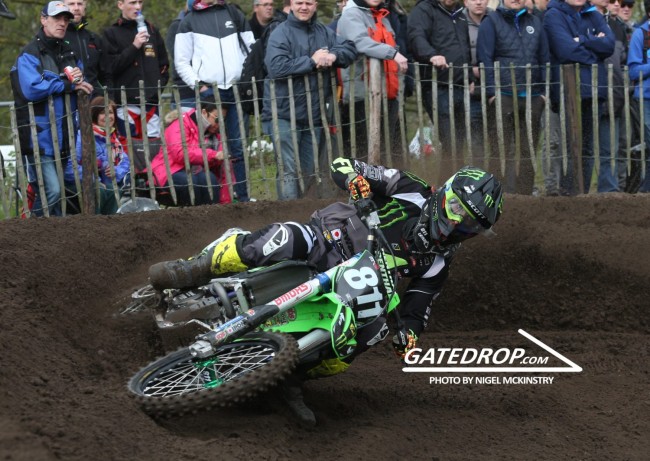 Adam Sterry signed a three year deal with the Factory Kawasaki outfit but after we reported doubts about the future of the team here, we can confirm he is on the look out for a ride in 2018.

We got in touch with Adam and whilst he can’t comment on the teams future (it’s rumoured they could switch manufacturers), the Brit has confirmed he has signed a release clause which means he is free to look for another ride.

Sterry torn his ACL earlier in the year which means he is unfortunately out of action for the rest of the season.

The Brit has been linked with F&H Kawasaki and a new satellite Honda team in MX2 but nothing has been signed as of yet. British fans will be hoping he can land himself a strong ride as he has plenty of potential for some good results.

With Conrad Mewse, Ben Watson and Adam Sterry it could be a good year for the British riders in the MX2 World Championship in 2018.