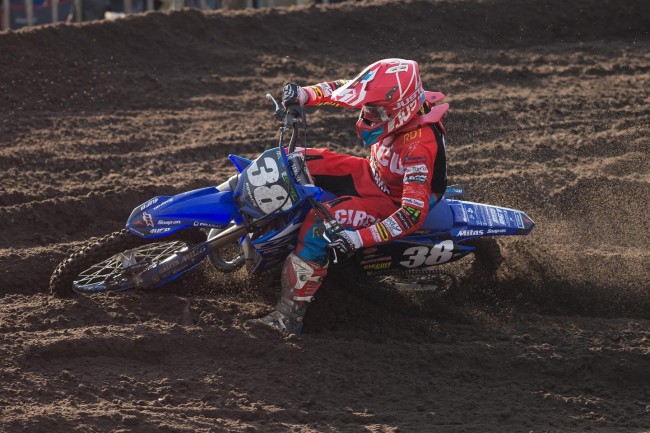 The I-Fly JK Yamaha team have decided to give an opportunity to Ádám Kovács this weekend to contest the MX2 World Championship.

With regular MX2 rider, Natanael Bres out injured the team are down a rider and they’ve turned to their EMX125 rider for Latvia.

Ádám Kovács and Jere Haavisto will both race the MX2 World Championship this weekend in Latvia under the I-Fly JK Yamaha awning.

The MX2 World Championship is a huge jump up for Kovács who’s been contesting the EMX125 series but there will be no pressure on his shoulders and it should help him learn for the future.

“I got a possibility from my team JK Racing. The permanent MX2 rider is missing this race and after a test weekend in Italy they offered me the chance to start. There aren’t any expectations and I was pleased to accept it to see what racing MX2 is like. I would like to say thanks to Riccardo Boschi and the team as they made it possible for me. Of course it won’t influence my EMX125 season”, Kovács commented.