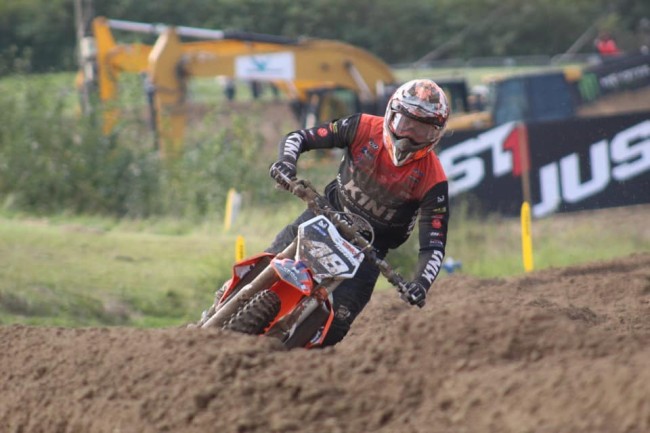 With no round of the EMX250 series taking place at Lommel 3, Collings and his F4E KTM team have decided to contest the MX2 World Championship this Sunday in what will be his GP debut.

It’s all about learning and Collings couldn’t turn down the opportunity of racing the best 250cc riders in the world.

“The opportunity just came about after the final Moto on Tuesday where I was talking with my team and my team manager suggested the idea and asked if I wanted to race MX2. At first it caught me by surprise the thought of racing MX2 but of course I wanted to, it’s the opportunity of a lifetime”, Collings told GateDrop.com.

“There’s no expectations for Sunday, we’re just going to try our best and have fun and we’ll see what happens, I was really happy with the way the last EMX250 round ended so this is just for fun and to get some experience racing the fastest in the world. I want to say a huge thank you to my team F4E racing, my mum and dad and everyone who has helped me get to where I am now”, concluded Collings.