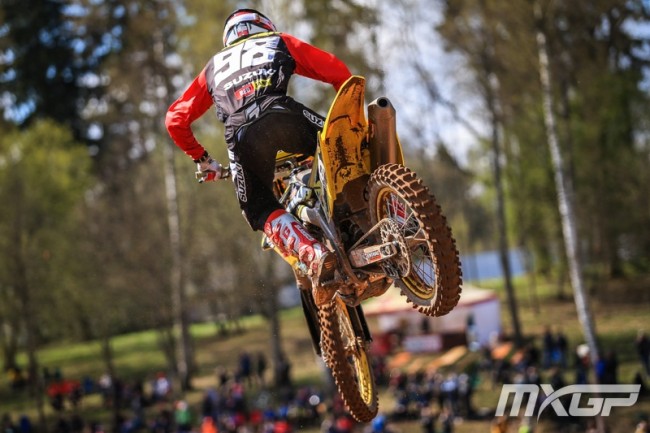 In the ADAC Youngster cup it was Bas Vaessen that grabbed the overall win, he won the first moto and followed that up with a fourth in the second moto which was good enough to win the overall.

Championship leader, Miro Sihvonen only finished seventh in the first moto but won the second moto to end up second overall and keep the red plate. Martin Krc rode solid for third overall.

In the Masters class it was Dennis Ullrich who took victory and in style! He won both the moto’s on the day in impressive fashion. Harri Kullas was second overall on the day finishing second and third. Dennis and Harri are now both tied on points in the championship, both ride for the Sarholz KTM team. Dominique Thury rode well on his Kawasaki for third overall on the day.