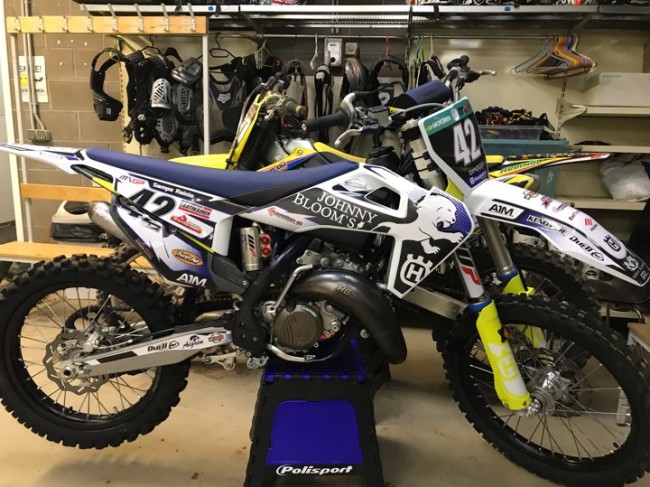 The A1M Husqvarna Motorsport team have always got an eye on up and coming young talents and they’ve signed young Finn talent, Sampo Rainio for the 2020 season.

Rainio will contest in the entire EMX125 championship as well as selected rounds of the ADAC series, Dutch Masters and ONK’s.  If he has a free weekend he may also race some races of the Estonian championship.

The new A1M Motorsport signing will join Tanel Leok (who’s also the team manager) and Roland Edelbacher under the team’s awning for the season ahead.

“I have been riding in Estonia for many years now. The A1M team rides the Estonian championship too and the team looks cool and everything there is working well. I have shown some good speed in Estonia and also I knew some people from the team already. Then at the end of the season my manager, Juha Punkki did sit down with Tanel and he helped a lot to get me on the team”, Rainio told GateDrop.com.

I have not got big expectations but I’ll do my best and hopefully it pays off. The biggest expectation is to improve myself during the season and get better race by race”, added Rainio.