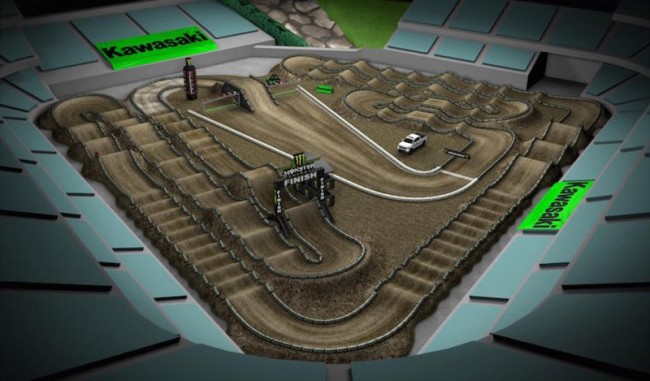 The 2017 supercross season is just over two months away and Feld has now released the track map for Anaheim 1.

The track features two whoop sections towards the end of the lap and a 180 degree corner just before the finish line to allow for a potential last-ditch pass attempt!

The always hyped opener will see Cooper Webb get his first chance at 450 glory while Ken Roczen will no doubt feel this is his best chance so far of supercross glory on his new Honda.

Defending champion Ryan Dungey will want to get his season off to a good start while Eli Tomac will want to continue his good form that has seen him win the last three US events – two US GPs and the Monster Energy cup.

With Marvin Musquin showing race-winning speed, Canard on KTM, Seely back with Honda, Barcia now on Suzuki and many more contenders the racing should be pretty spectacular in 2017 if everyone can stay healthy!