A warm up crash ruled Pootjes out of Semarang! 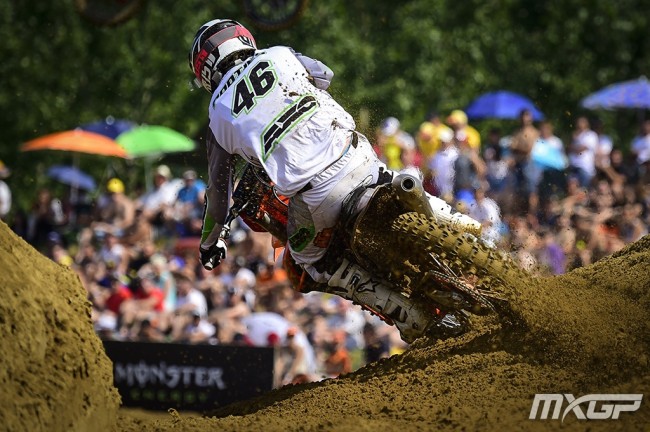 Young Dutch talent, Davy Pootjes has been improving as the season progresses but unfortunately he was forced to miss round thirteen of the MX2 World Championship in Indonesia.

Pootjes lost control of his bike during the morning warm up and he’s currently in a lot of pain. Due to the pain, Pootjes decided it was best to sit out of the two moto’s.

The LRT KTM rider will get a check up when he heads back to Holland but he’ll be hoping there’s no serious damage and he can be back for the next round at Loket.

Won’t be racing today due to a crash this morning in warmup.. My bike just slide away , didn’t had any control about this crash Body is feeling really sore. Let’s check up while back home again! Will be back soon #nothingcanstopme#teamDP46#thefutureisahead