A new team to enter the British Championship in 2017! 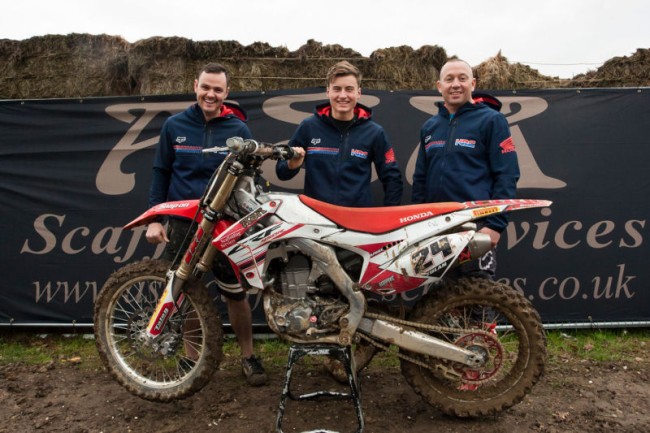 A new team will enter the British championship scene in the 2017 season. The ASA Scaffolding team will be a new addition to the paddock and this is well needed within the British Championship as it seems to be harder than ever to secure a ride.

The ASA Scaffolding team will run with Mitchell Lewis in the MX1 class with Honda machinery. Mitchell has experience in the GP paddock as he competed in the EMX150 Championship during the 2013 season. He was battling for the championship but had a bit of bad luck at his home GP which cost him the championship, he ended up fourth in what was then a three round series.

Three years later and Mitchell will be racing a 450, not the usual path for such a young rider to take but he is of a big build. It is always good to see a new team in the paddock, hopefully they can grow and become a top team in the paddock in future.

Mitchell Lewis: “I’m over the moon about the ride I have for 2017 with Lee Tolan and the ASA British Motocross team! I can’t thank Lee and everyone who is helping us out enough for the support. As for the team we’ll have a good setup and will be working with Tony Dibley as he’ll be my mechanic for next year, we’re just looking to enjoy the season of racing! Finally, a shout out to all the sponsors for all there help: ASA Scaffolding, RFX, Cisport LTD, United Grab, Renthal Moto, Fox Head Europe, Off Road Southeast, Cgh Imports, Oakley and Body clinic”.