450 US champ Osborne: I considered retirement in March! 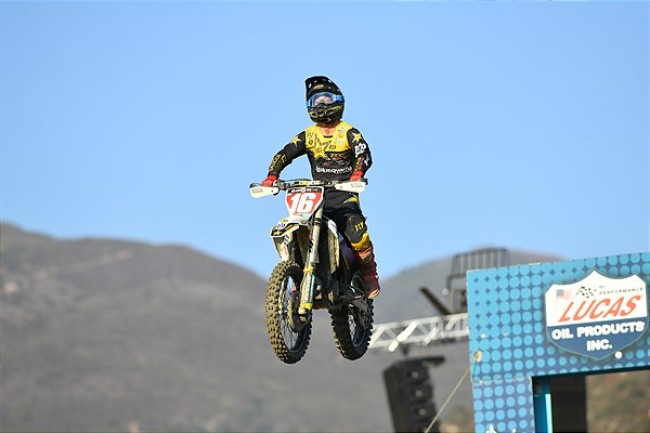 Zach Osborne revealed the stress of fighting for a championship stunningly revealed that after his bad crash in March that resulted in a broken back and other broken bones, he even considered retirement!

The incrdibly determined American said: “It’s been the longest nine weeks of my life and this [last] one has been the toughest,” expressed Osborne, who ended the year with a 12-point margin in the final standings. “You think of a million ways to win and a million ways to lose, so I’m just so relieved this is finally over. That was the longest moto of my life. I actually thought about retiring after injuring my back earlier this year, but my wife encouraged me to keep going. We came into this outdoor season looking to get some good results and I never could have imagined that we’d be up here today with this championship. It just goes to prove you should never give up, because anything can happen.”

Rockstar Energy Husqvarna Factory Racing Team Manager, Steve Westfall said: “We couldn’t be more proud of Zach and everything he’s accomplished this season despite the ups and downs we’ve been dealt in 2020. He has shown a tremendous amount of heart, determination and grit to get to where he is today. Congratulations to Zach, the Rockstar Energy Husqvarna Factory Racing Team and everyone behind this program, there isn’t a more deserving group.”

Osborne now has a British title, two AMA motocross titles and two regional supercross championships under his belt all despite a difficult start to his pro career in the US that saw him lose his ride.

The American has went on to reignite his career by racing and experiencing the world championship, winning a Grand Prix and British championship before heading home to show what he could still do in the USA thanks to unlimited determination. If ever there was a deserving champion, Zach is the man!