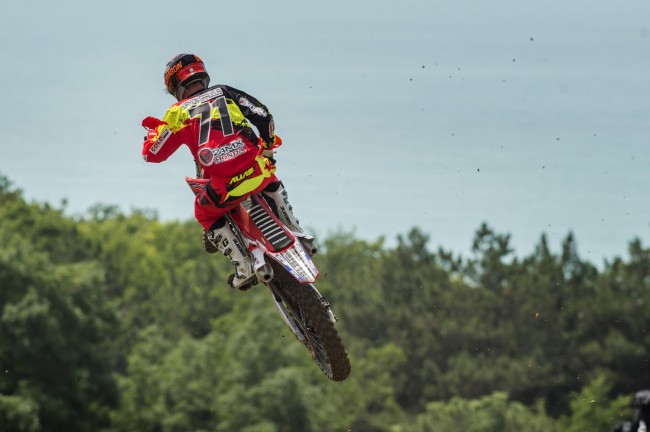 The Belgian MXGP team 24MX Honda, ran by MPL Racing, is shutting down at the end of this month. Attempts to establish a stable financial foundation for the team have unfortunately failed. It’s with deep regret that the team announces its retirement after two seasons of racing at the highest level.

Established at the end of 2015 the MPL Racing structure competed with riders like Damon Graulus, Ken De Dycker, Priit Rätsep, Steven Lenoir and Matiss Karro. Both Graulus and De Dycker rode to 13th in MXGP, the team’s best world championship result. Graulus also collected several podiums in international races. MPL Racing currently evaluates the possibility to join forces with an existing EMX250 or MX2 team. This would allow to strengthen a team that’s already in place and continue the ambition of supporting talented up and coming riders.

Team manager and owner Marc Boone: “Operating and running an MXGP team to the high standards we aspire to is getting increasingly difficult for a private team. Regrettably we’ve come to the conclusion that it’s too big of a challenge for our organisation to put in place a sustainable financial structure that would guarantee the long-term stability. I would like to thank Honda, 24MX, all our partners, riders and staff for their commitment and professionalism. Last but not least, thank you to all fans who showed us their support and friendship.”