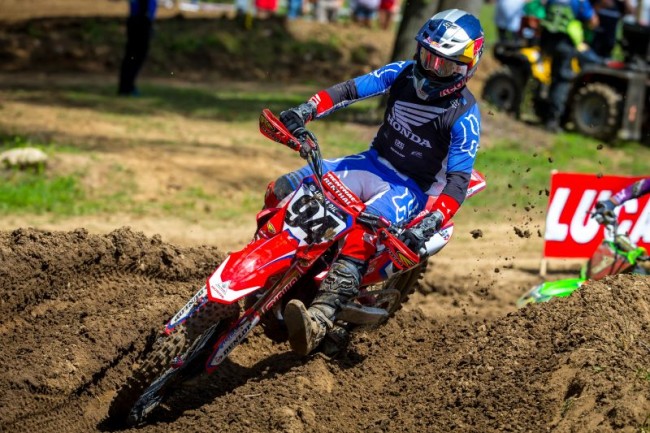 MX Sports Pro Racing, in partnership with NBC Sports, has unveiled the 12-round schedule for the 2020 Lucas Oil Pro Motocross Championship, sanctioned by AMA Pro Racing. The 49th season of the world’s most prestigious off-road motorcycle racing series will once again visit 11 different states over the course of the summer, beginning with the legendary Hangtown Motocross Classic on May 16, and concluding with the Ironman National on August 29.

The most talented collection of riders on the planet (note: some would argue that’s MXGP) will battle it out over the course of 24 motos across the 450 Class and 250 Class, pushing both their physical and mental limits in the most grueling conditions found in any motorsports championship. Their quest to capture the most coveted titles in motocross, the Edison Dye Cup (450 Class) and the Gary Jones Cup (250 Class), will bring these exceptional athletes to the most storied racetracks in the world, many of which boast legacies that span more than four decades.

From mid May through the cusp of the end of summer in August, the Lucas Oil Pro Motocross Championship will visit every corner of the United States, including the motocross hotbeds of the southwest, in Southern California, and the southeast, in North Florida. Additionally, the schedule will travel to the densely populated motocross region of the northeast, in New England and Central New York, as well as the scenic Pacific Northwest, on the border of Washington and Oregon. Not to be outdone, the championship will also journey into the heart of the country, from the Rocky Mountains to the Great Lakes.

“For well over four decades the Lucas Oil Pro Motocross Championship has defined American motocross, providing the ultimate showcase of grit, talent and determination each and every summer,” said Davey Coombs, President of MX Sports Pro Racing. “We’re proud to present a schedule that features the most dynamic collection of venues this country has to offer, many of which have been a part of this sport since its inception, and one that also brings us to nearly every major region of the continental U.S., which provides an opportunity for most of our fans to make the pilgrimage to a world-class motocross National.”

The Lucas Oil Pro Motocross Championship has served as the world’s preeminent motocross competition since 1972, and over the span of five decades it has maintained its distinction as the most difficult championship to win in all of racing.

With three consecutive 450 Class titles to his credit, reigning champion Eli Tomac will look to make even more history next summer, seeking to become one of just two riders to hoist the Edison Dye Cup for four straight seasons. He’ll welcome a new challenger to that title defense under the Monster Energy Kawasaki tent, where newly crowned 250 Class Champion Adam Cianciarulo will step up onto the big bikes as a teammate to Tomac, joining the likes of a deep list of fellow contenders that includes Ken Roczen, Marvin Musquin, Jason Anderson, Zach Osborne, Cooper Webb and more. With Cianciarulo’s departure from the 250 Class, the title vacancy opens the door for a wide-open battle to claim the Gary Jones Cup, where Jeremy Martin, the lone former champion in the division, will battle it out alongside a promising group of up and coming talent, led by Monster Energy/Star/Yamaha Racing teammates Dylan Ferrandis and Justin Cooper.