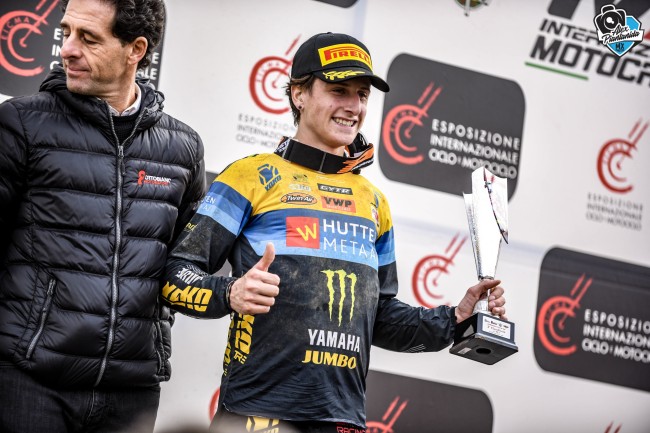 With many of the top EMX250 riders from last year moving up to the MX2 World Championship it leaves Thibault Benistant as the best placed rider in the class from last year gearing up for another season in the series. The young French talent has looked really good in pre season and despite being French is pretty good in the sand as well as the hard pack conditions which is a good quality to have. The Hutten Metaal Yamaha rider is a former EMX125 champion and goes into this year as one of the favourites for the EMX250 seires, if he can be consistent at the front he shouldn’t be far away.

Benistant  has a pretty fast team mate in the form of Gianluca Facchetti. Despite having a year to forget in 2019, he’s looked to have worked really hard over the winter as he’s been really good at the pre-season races.  It’s pretty much a make or break year for the Italian, everyone knows he has a lot of talent but he can’t afford two bad years in a row – people will start losing belief in him but he’s well aware it’s an important year for him.

“I think this will be a important season for me but we know that the EMX250 class is really competitive so the most important thing is to have fun and stay healthy all season”, Facchetti told GateDrop.com.

Another rider that looks to have stepped up a level benefiting from a strong winter is young Italian, Andrea Adamo. The SM-Action Yamaha rider even lead a moto at the International Italian Championship against a number of MX2 GP riders. After a strong pre-season he should go into the season feeling confident so don’t be surprised to see him mix it up at the front. 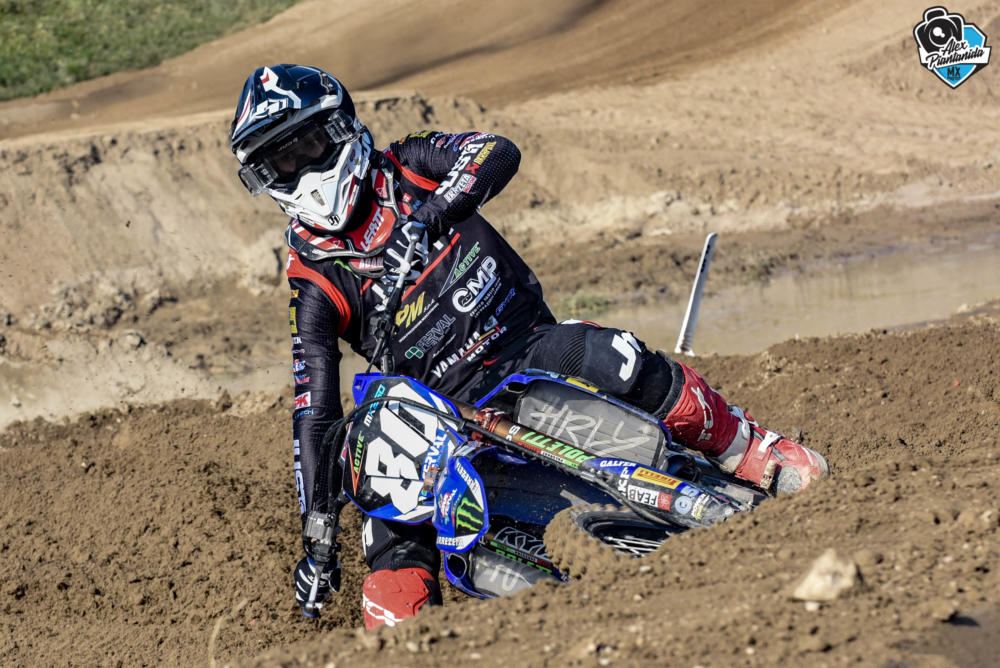 Over the past couple of years young Dane, Bastian Boegh Damm has really improved. This time last year he wasn’t ready for the start of the season after signing a late deal with the WZ KTM team after not having a ride. Despite not having a full winter under his belt and missing the first couple rounds of the series he still finished twelfth in the series. Heading into 2020 he hasn’t faced any uncertainly and with a strong winter behind him he should make a step – he could be one of the dark horses in the class.

One of the more experienced riders in the class is Giuseppe Tropepe but he always seems to pick up injuries which means he can’t put a full season together. Last year Tropepe finished seventh in the championship despite missing the final two rounds of the series. The Italian tends to be pretty consistent so if he can put a full season together he shouldn’t be far away, he’s certainly capable of plenty podium visits throughout the season.

One rider that has plenty of speed is Pierre Goupillon but after picking up an injury last year he virtually missed the whole season. For 2020, Goupillon has signed with BUD Kawasaki, a team he’s been with in the past so he’ll be looking to repay the team’s trust to re-sign him. It’s never easy coming back after a season out injured so he might start slowly but will aim to improve over the course of the season. A couple of years ago Goupillon was keen on securing an MX2 World Championship round and that probably hasn’t changed so he’ll be looking good results to make the jump up to MX2 in 2021. 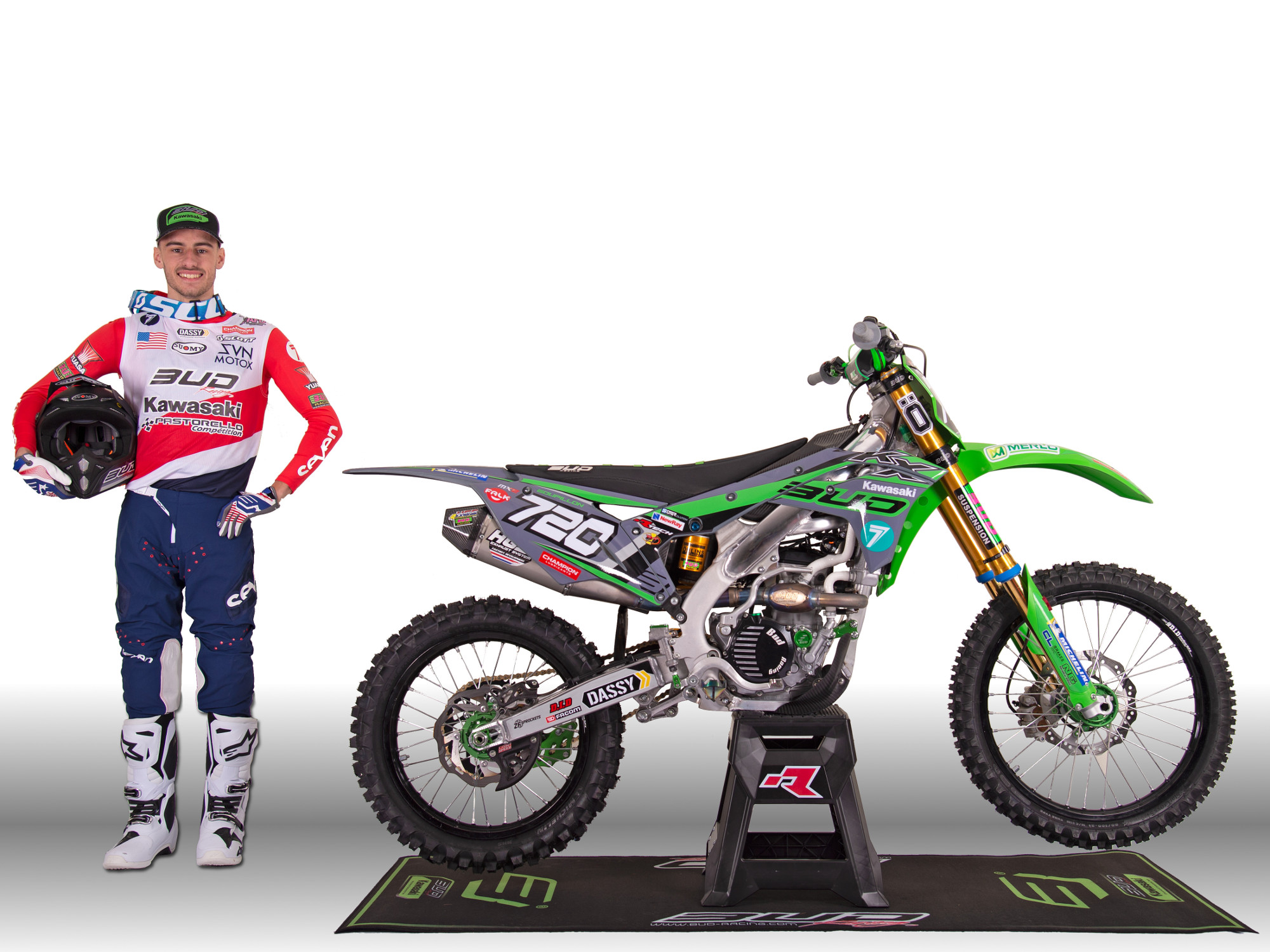 When it comes to talent Isak Gifting has tonnes of it but staying injury free seems to be his big problem. Despite this he always seems to rebound from the injuries strongly which is one good quality to have. Coming into 2020,  Gifting has been dealing with Epstein-barr virus but is thought to be over the worse of it, the problem is he won’t be fully prepared coming into the season because of it so he’ll look to improve as the season goes on. Gifting is a rider who could go onto great things if he can stay injury free, that should be his main concern this season.

Last year was Raf Meuwissen’s rookie season and unfortunately it was cut short due to injury but the Dutch rider really surprised before his season ending injury, he posted some good results and showed good speed. Meuwissen’s stature and riding style seems to suit the 250cc more than it did the 125cc. After spending a year with the Maddii Husqvarna team, Meuwissen will be under the BT Husqvarna this year under the watchful eye of ex GP rider, Bas Verhoeven. 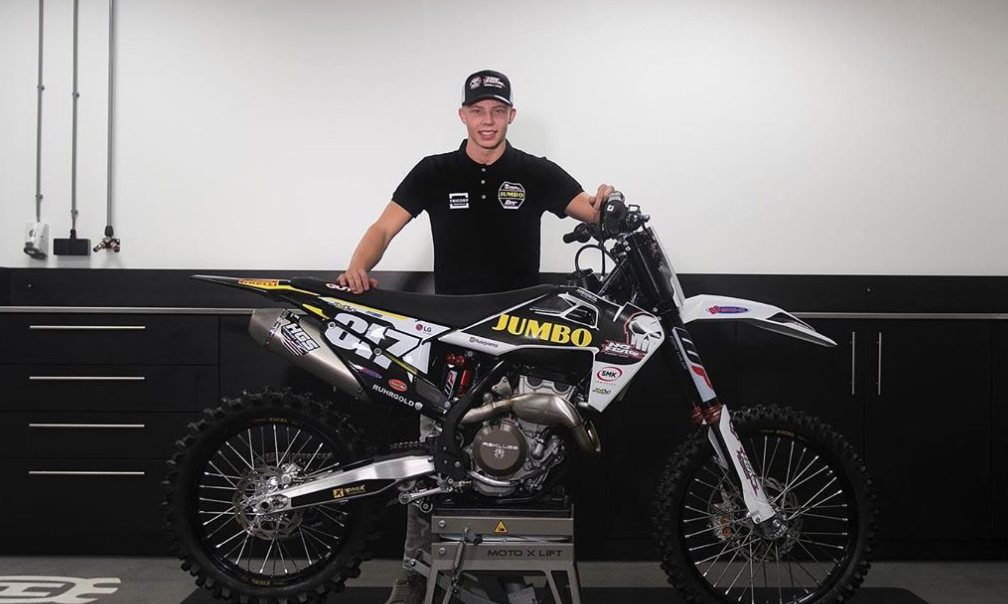 Meuwissen with his new ride for 2020. Pic: Huub Munsters

2019 was a rookie season for Filip Olsson in the EMX250 class and at times he was battling for top ten positions but was a bit inconsistent, typical of rookies as the EMX250 series is tough. The Swede tends to do much better the longer he’s in the class as he’s good enough to generally work it out. Olsson has signed with the 62 Motosport team and will work together with former GP rider Klemen Gercar who will now fully focus on his team. Gercar will be hoping to unlock Olsson’s potential which he has plenty off.

Aussie rider, Caleb Grothues has been in the EMX250 championship for a number years now and has posted a number of top ten results but consistency seems to be his issue. After being on Husqvarna and Yamaha machinery during his time in the EMX250 series, Grothues has switched things up for 2020 as he’ll be on a Suzuki. It would be nice to see a yellow machine at the front and if Grothues has worked on his consistency there’s no reason why he can’t be up there.

The JK Yamaha team have a strong rider line up to take on the EMX250 series this year. Last year as a privateer, Glen Meier had his best year yet posting top ten results and showing good speed but a mid season injury meant he missed third rounds of the series which hindered his championship position. Now with the JK Yamaha team signing him up he should have better machinery as well. The Dane contested the opening round of the MX2 World Championship in what was a stacked field. The second moto was solid for Meier as he came home in twenty-fifth but he was battling with the likes of Ostlund and Pancar! The JK Yamaha team also have Manuel Iacopi and Chris Mills under the awning and they’ll both be motivated for good results.

It was recently announced that Rick Elzinga has started up his own team for the 2020 season on Husqvarna machinery. It’s a shame the Dutch talent couldn’t secure a ride as he impressed last year and finished tenth in the championship. Unfortunately at the moment it’s not yet sure if Elzinga will contest the full series this year as it’ll depend on the budget but a good start to the season might help push things his way.

Last year Estonian rider, Karel Kutsar moved up to the 450cc so we didn’t see him much in the GP paddock but he’s back on a 250cc bike this year which is a good decision. In the sand, Kutsar is a really good rider and has had plenty of good results in the EMX250 series before so don’t be shocked to see him towards the front. His hard pack riding is the area he should look at improving, if he could ride it the same way he does the sand he’d be a very good rider. It’s not yet sure if Kutsar will contest the entire championship but it would be nice to see him do the full series as he could be a contender.

Chill Mills isn’t the only Brit racing the EMX250 series as Lewis Hall, Adam Collings, Sam Nunn and James Carpenter are also entered for the first round of the series. It would be nice to see the British talents run at the front of a very competitive class throughout the season.

You can read all about the EMX250 rookies here, there’s plenty of them that have the potential to contend as well.