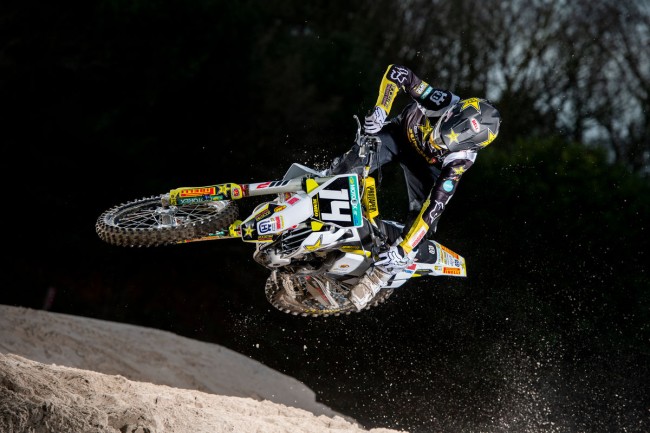 The EMX250 series will welcome a number of newcomers in the class for the 2020 season and we take a closer look at them.

Looking back at last year it was the perfect season for Mattia Guadagnini as he won the EMX125 championship as well as the Junior World Championship – it couldn’t have gone any better for the young Italian. This season he’s stepping up to the 250cc four stroke for his rookie season in the EMX250 series and there’s no doubt that he should be challenging for the title. Usually with rookies, they need time to adjust but with the talent in the EMX125 class last year, some of them will mount a title challenge in the EMX250 class straight away.

Guadagnini actually rode the opening round of the MX2 World Championship as he plans on racing the MX2 rounds that don’t collide with EMX250, Guadagnini showed just how fast he is at Matterley Basin by finishing twelfth overall. The Maddii Husqvarna rider will only improve as he adjusts with the bike. Honestly, if this guy went out and won the opening round of the EMX250 series it wouldn’t be much of a surprise. 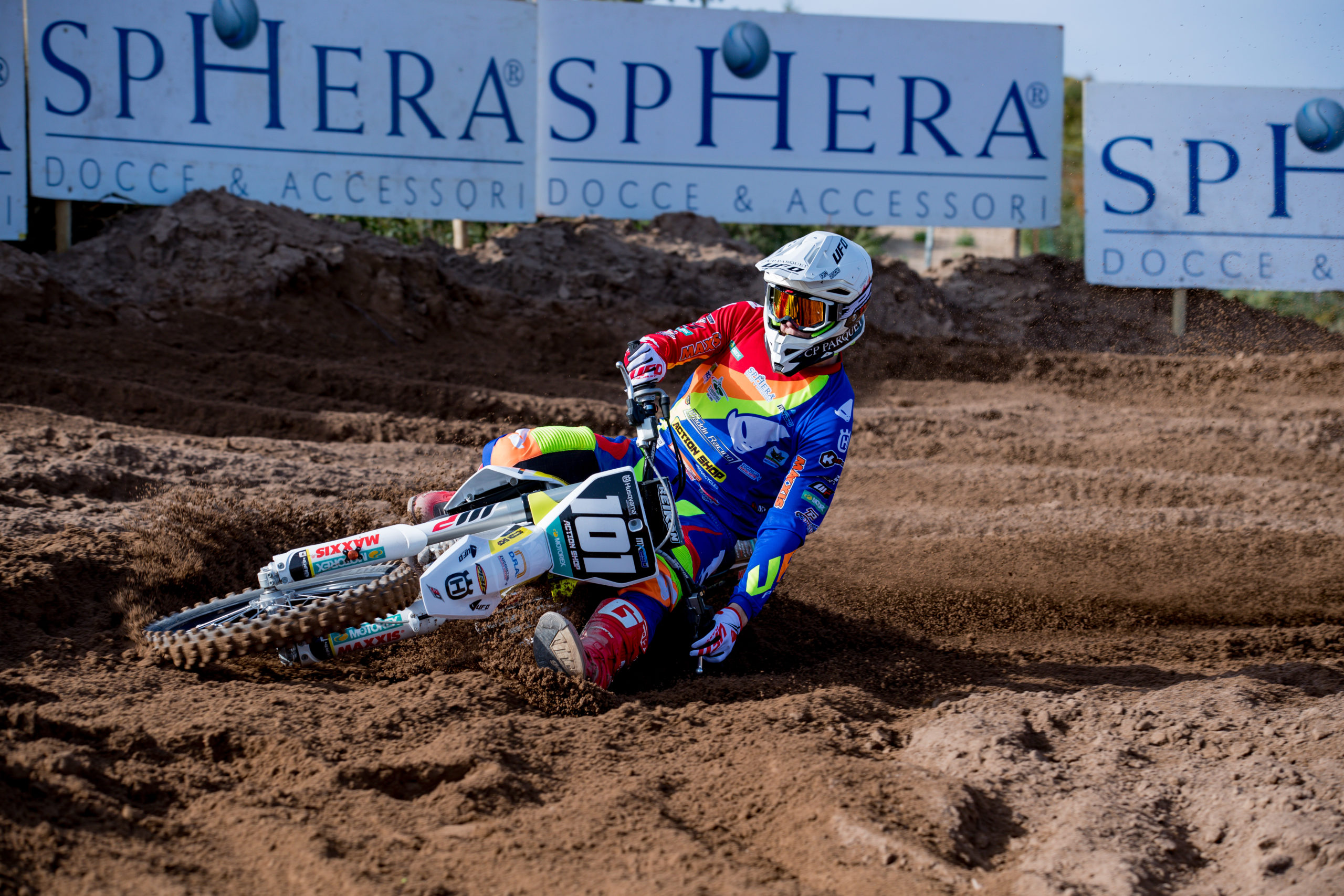 Battling wtih Guadagnini all way last season was young French talent, Tom Guyon and he wasn’t far off Guadagnini, at times he was even faster but his sand riding isn’t as good as the Italian which let him down when it came to the championship chase. With the first round of the EMX250 series at Valkenswaard, it’s not a Tom Guyon track so a top five or a top ten result on his EMX250 debut would be fine. Heading into the hard pack tracks is where we should see Guyon will shine.

Unlike a lot of the EMX250 rookies, Guyon has experience racing the 250cc as he rode some rounds of the French Elite championship on the 250cc to help him prepare for the future and he showed some good speed so in that respect he’s more prepared than the rest of the rookies. When it comes to the hard pack tracks, Guyon has the talent to be right at the front of the back – he’s another exciting talent. One of many young talents emerging from France.

Last year was Kay de Wolf’s rookie season in the EMX125 series and the easy option would have been to stay in the class for another year to challenge for the title but after only one year in the class the Dutch rider has decided to move up to the EMX250 series already. As a rookie de Wolf finished sixth overall in the EMX125 championship and he showed some great speed over the course of the season.

The young Dutch talent is thought to be flying on the 250cc and he showed some great speed at Hawkstone even if it was muddy conditions. When it comes down to pure talent, de Wolf might be the most talented rider in the class and he’s a hard worker too so he has what it takes to be right at the front, especially in the sand. If de Wolf keeps working hard and can avoid injuries he has an incredibly bright future.

Last year was a break out season for Jorgen-Matthias Talviku on the A1M Husqvarna as he finished fourth in the EMX125 championship and showed really good versatility, the Estonian is an all rounder and good in most conditions. For 2020, Talviku has signed with British team, ASA United Husqvarna which will see him race the MX2 British Championship as well as the EMX250 series.

In the pre-season races Talviku looked good on the 250cc and put in an impressive ride at Lacapelle Marival International. Let’s not forget last year he contested one round of the EMX250 series in Latvia and finished twelfth overall. The signs are encouraging for Talviku so he’s worth keeping an eye on during the course of the year. The Estonian isn’t putting any pressure on himself, “I want to enjoy the full season of racing. I love to have fun on the bike and to improve every round. Consistency is the key for the season”, he told GateDrop.com 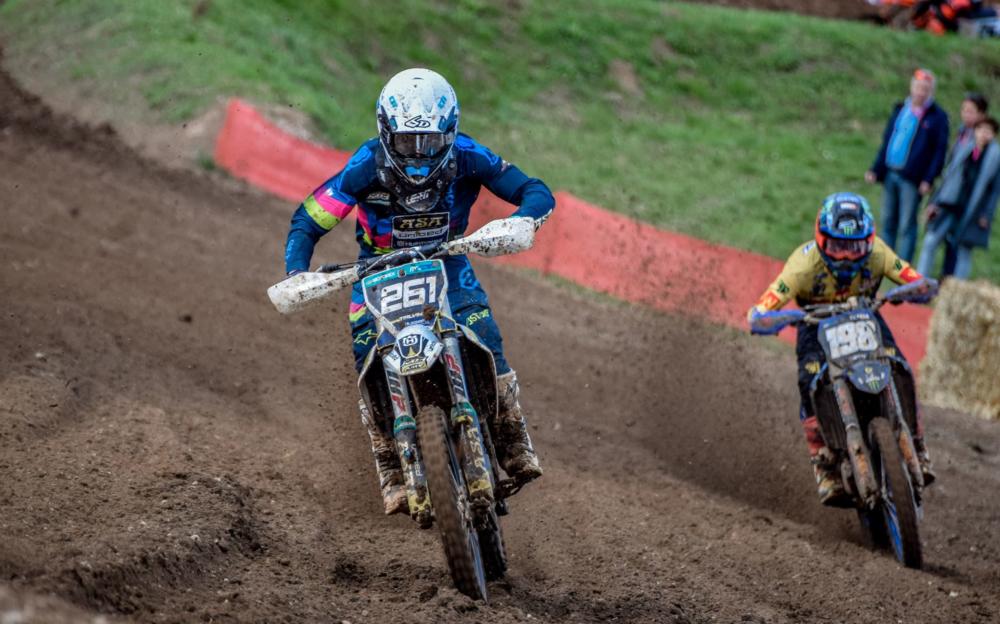 Young Spaniard, Oriol Oliver had a good season in the EMX125 series last year ending up seventh in the championship and he has a lovely style as well. The way he rides the bike he should suit the 250cc well. Heading into the EMX250 series, Olivier has contested the opening two rounds of the MX2 Spanish championship and he’s showed good speed – he even got on the podium so he’ll head into the season feeling confident.

Oliver will suit the hard pack tracks and if he can get good starts is capable of running the speed at the front of the pack, when it comes to the sandy tracks it’s harder to know how he’ll perform during his rookie season but he should have a bright future.

Young Swedish rider, Emil Jonrup unfortunately picked up an injury last year which meant he missed a lot of racing but the DIGA KTM Racing team have stayed loyal to him for the 2020 season. In the past Sweden has produced a number of top talents but lately it’s been harder for them to break through but Jonrup will be hoping he has what it takes to go to the top of the sport.

Jonrup has a lovely rider style as a number of the Swede’s do but he might have to be more aggressive stepping up on the 250cc. “I like the 250 very much and the feeling is good but there is always room for improvement. I am looking forward to my rookie season on emx250 and ready for battle in Valkenswaard”, Jonrup told GateDrop.com.

Young Finn, Matias Vesterinen has had some good results in the EMX125 series in the past and now he’s gearing up for the EMX250 championship. Vesterinen has plenty of talent and a nice style so if he can adapt to the 250cc quickly he’s capable of turning a few heads. Vesterinen has signed with MGR KTM who are a new team in the paddock this year, it’s always nice to see new teams enter the paddock.

It was pretty clear to see that Luca Diserens was too big and heavy for the 125cc last year so the Swiss rider has decided to make the jump up to the EMX250 class. The Assomotor have spotted the potential in Diserens and decided to sign him up for his rookie season in the class. The Assomotor team have won the series before in Mathys Boisrame so will be looking for some good results.

With the EMX250 series being so stacked, it’s honestly hard to know how Diserens will perform but the first objective should be to qualify and then go from there.

Similarly to Diserens , Raffaele Giuzio was too big for the 125cc so should be more comfortable on the 250cc. Giuzio has signed with an Italian team in the form of the SDM-Corse Yamaha team. The team enjoy signing young talents and working with them to improve and they’ll hope do do the same with Giuzio.

One rider that’s a rookie in the series but won’t race the first round is Mike Gwerder. The Swiss talent had an injury over winter and despite being back on the bike isn’t ready to race the competitive EMX250 class just yet but when he makes his return he could surprise a lot of people. Gwerder is very smooth and the way he’s improved over the past couple of years has been refreshing – he’ll hope to make another step when he returns to racing in 2020.