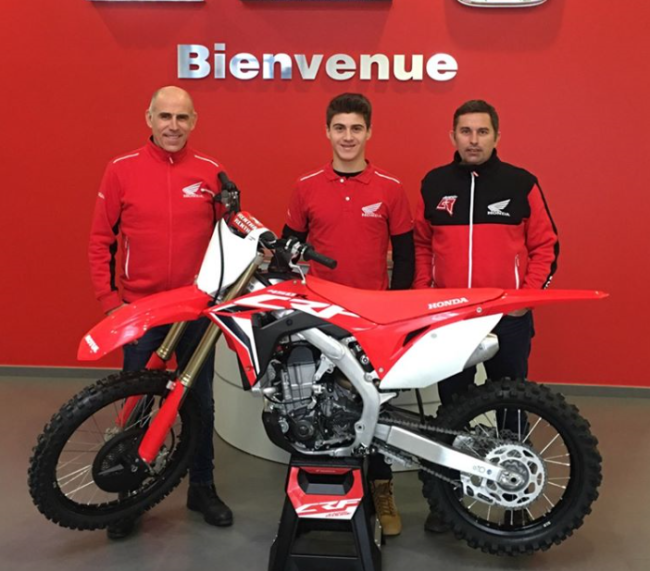 Zach Pichon has been considering making the switch to Enduro for the 2020 season but has announced he will in fact stay in Motocross.

The French talent has had two years contesting the MX2 World Championship but has made the decision to go to the 450cc class for the upcoming season. Without being able to secure a factory ride in MX2, Pichon has decided to switch to the bigger bike.

In 2020, Pichon will race the French Elite MX1 series as well as the French SX class with support from Honda France.

The French talent hasn’t ruled out contesting some rounds of the MXGP World Championship or the new EMX Open class either so we might see him in the GP paddock at times next year.

Enduro and motocross, France, world, all the elements of the puzzle were on the table and it was finally in consultation with his parents and with the support of Honda France that Zachary made his decision to stay in motocross. No world on the program, but a big French program that should allow him to regain pleasure in mx as he just celebrated his 19th birthday. “Motocross was still my first choice, but we also looked on the Enduro side after the French GP”, says Zach who just returned home after a week of training in the south.

“We have received some proposals for enduro, but not up to our expectations so that I preferred to continue in motocross with the help of Honda France, but in the 450cc because I really like this cylinder capacity and especially the extra power. This year I did a few races in on the bigger bike and I enjoyed myself, it’s always super motivating and good for the mind to fight for the podium, which is almost impossible on the 250cc if we don’t have a factory bike. Honda France follows us in this project, with the French mx and sx championships. “We’ll see how this goes, but why not participate in a few MXGP rounds or some of the new European Open championship? For now the goal is to have a good winter to get ready, and to find the partners to make the team work”.